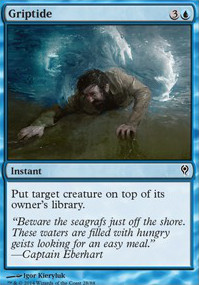 PDH | Manic scribe are my creatures vanishing
by lonesentinel 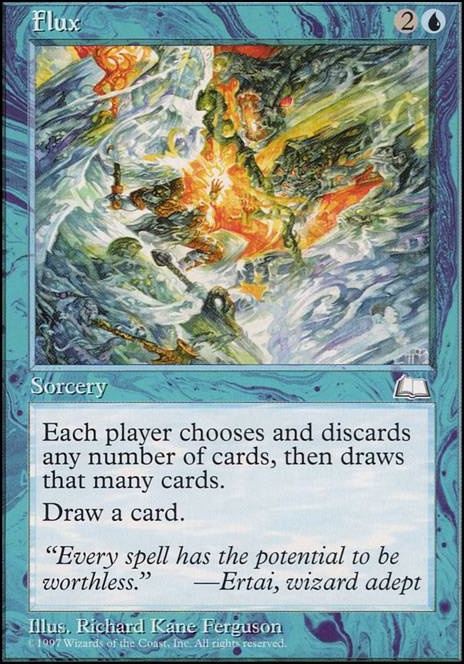 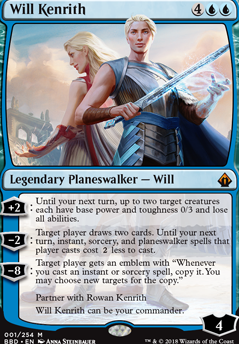 how are you going to tap again Night Market Lookout after using Dramatic Reversal? I would try to build a deck looking more at Ingest, maybe adding more control to remove opponent's creature and to give unblockable at your creatures.There are cards like Benthic Infiltrator, Totally Lost, Griptide, Whisk Away, Memory Lapse that may be used togeter to control (i don't know how much of those cards you own or are available for you tho)

4 Hedron Crabs is reasonable. Great card for milling. In a deck with 20 lands, and none of them fetches? Not really worth it. And now we are at it with the lands: For this deck, you have way too few. You have quite a lot of spells at 4+ cmc, and no way of reducing cost. Without mana, you can't play them.

Overall, I'm not really sold on this version of mill. You can't mill with mana you hold back for counterspells, and counterspells that cost 3 (like Dissolve are not good enough in modern (except for Cryptic Command, but that is also more than just counter).

Cards, and good reasons to remove them.

Darth_Savage suggested to splash white for Narset Transcendent. I think it would be a great idea also for a full set of Supreme Verdict. but more likely, black is a better splash, as the good mill cards are UB.

Flusterstorm is pretty bad in EDH except in the highest tiers, TBH. I have a copy and I'm struggling to find a deck for it.

Looking at your description, here are some things that might interest you: Anchor to the Aether, Chronostutter, Ether Well, Forced Retreat, Grasp of Phantoms, Griptide, Metamorphose, Repel, Spin into Myth, Submerge, Sweep Away, Temporal Eddy, Whisk Away. There are also a million Control Magic effects, though they usually center around 5 mana (Mind Control, Treachery, Spirit Away, Volition Reins, etc).

You might also want a Braids, Conjurer Adept in here. It should help you get some of those big fatties out of your hand.

See personally I feel running this as a simic aggro deck would work and use the synnergy of Sweep Away, Griptide, and Anchor to the Aether. Imagine putting a goyf on top then attacking... instantly exiled

You know what the worst thing about promos is? Seeing ones that will never see play anywhere. Cards like Orator of Ojutai or Encroaching Wastes. Congrats! You've won something less useful that a common basic land of your choosing. Even if they look decent, it just feels like a wasted opportunity. I'm not saying that all promos need to be Snapcaster Mages or anything. Something as simple as Duress, Naturalize, Steppe Lynx, Urban Evolution, etc. Just cards that could potentially be used in a deck somewhere at some time within reason. Just image getting an FNM promo of something like Griptide. God damn... It's like pulling an expedition Tectonic Edge. No complaints really, but still...

UHM I think this deck works.

lets see Blood-Toll Harpy Disciple of Phenax Griptide March of the Returned Omenspeaker Stymied Hopes Voyages's End these are some of the card that are not legal to be used in standard.No problem. I will try to help you. I am not a pro player or anything. So if there is anything that you think that are better feel free to say. we can discuss dont worry.

May I know are you playing on budget or are you going to spend a lots of money? And what style of play would you prefer.