Bone Saw occurrence in decks from the last year 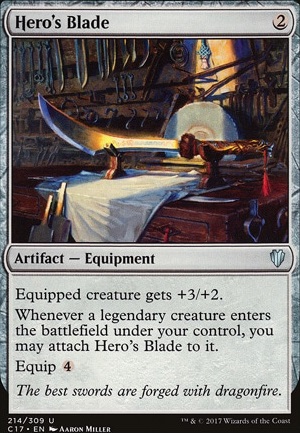 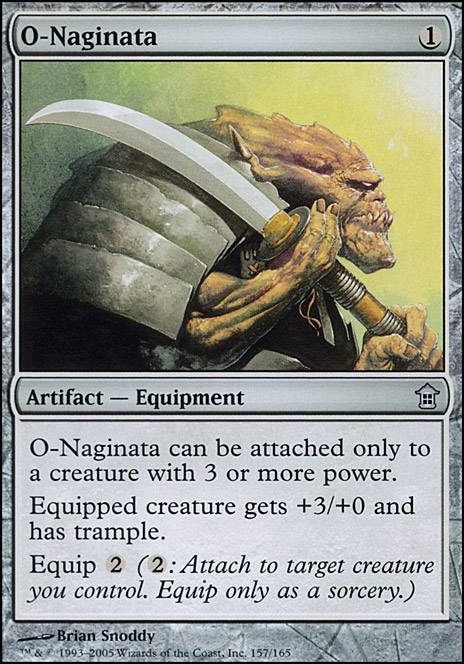 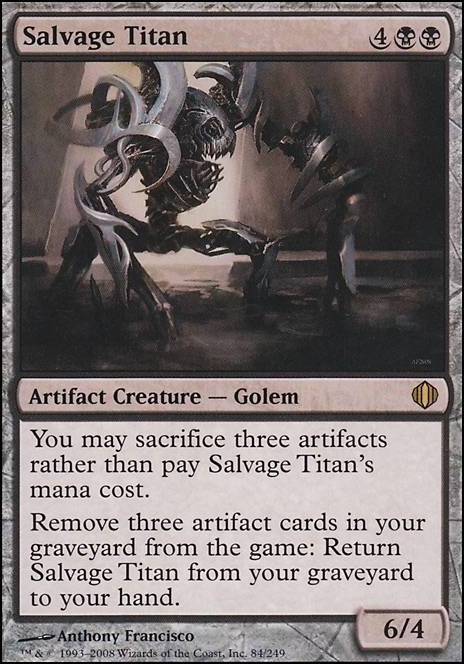 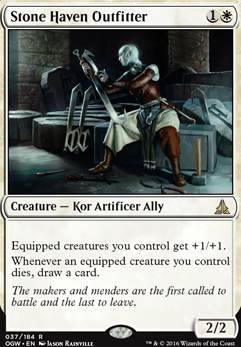 Equip costs of other Equipment artifacts you control cost less if they target equipped creature.

Equipped creature gets +0/+1 and has protection from deathtouch.

I can just see the image on this card: a leather belt wrapped around a soldier's waist, which has a Bone Saw , a Godsend , and a Colossus Hammer hanging off of it.

An equipment wildcard next!

Bone Saw might actually be worth considering over Ghostfire Blade due to it being another 0 cost artifact.

Though Paradise Mantle may be out of the budget.

I feel like Puresteel Paladin could be a good option. Then, instead of some of the slower search cards, you could instead just run some 0-cost equipment to draw through deck fast while also beefing up your various dudes that like being equiped, for some early damage. Thinking stuff like Bone Saw and Cathar's Shield ??

Given your mana curve, I think you can trim out 2 lands pretty safely. I would also suggest Bonesplitter over Bone Saw , though I think you're relying too much on artifacts and enchantments, so I think you need to up the creature count to about 24 or 26. There's too much premium removal in pauper, so I think you'll find that you too often have those artifacts and enchantments (specifically Snake Umbra and the artifacts) without targets, or easily removed once you attach them. There needs to be a density of creatures to overcome this removal (which is quite heavy in pauper).

subrosian on Can I use Lightning Greaves ...

Equip abilities can only be activated as sorceries (in other words, during your main phase and if the stack is empty), so no. See the reminder text on... Pretty much any equipment that has reminder text. Bone Saw , Shuko , Fleetfeather Sandals , etc. Some equipment like Cranial Plating , however, have additional activated abilities without the sorcery-speed restriction in addition to their equip abilities. Also, if you had a creature like Brass Squire with an instant-speed activated ability, you could pull this off. And of course, Leonin Shikari explicitly gets rid of this restriction.