Rubblehulk's power and toughness are each equal to the number of lands you control.

Bloodrush â , Discard Rubblehulk: Target attacking creature gets +X/+X until end of turn, where X is the number of lands you control.

Rubblehulk occurrence in decks from the last year

Lands and voltron matters
by spike6556 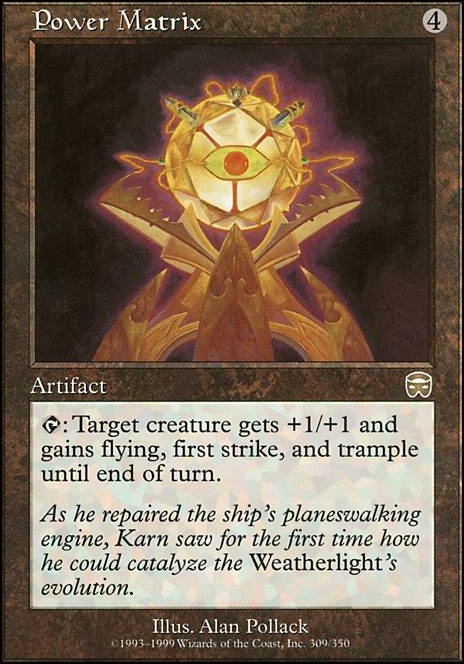 Hey, theninja97. I did not seriously consider Radha, Heart of Keld, because I don't really like the card tbh. I agree Courser of Kruphix is the spot it is competing for, so let's compare.

The main reason to play either of these cards in this deck is that they allow you to play lands from the top of your library. Courser packs that ability in a defensive shell (great blocker stats and lifegain landfall) while Radha is more aggressive (more offensive stats, first strike during our turn and an overcosted Rubblehulk buff). I much rather have the defensive shell at 3 mana in this list because I'm not planning to attack with my engine pieces anyway. In the early game, I just want to set up my engines and defenses so I can build towards a moment where I can become aggressive out of nowhere. Radha puts that engine-ability on an aggressive card, which doesn't make sense to me in this list.

This looks like a blast to play. Have you considered Rubblehulk ?

Awesome deck, but without much ways to give creatures trample is Rubblehulk worth the cut? Why not the obvious Craterhoof Behemoth