As long as it's your turn, Radha, Heart of Keld has first strike.

: Radha gets +X/+X until end of turn, where X is the number of lands you control. Radha, Heart of Keld
by Benwatts14 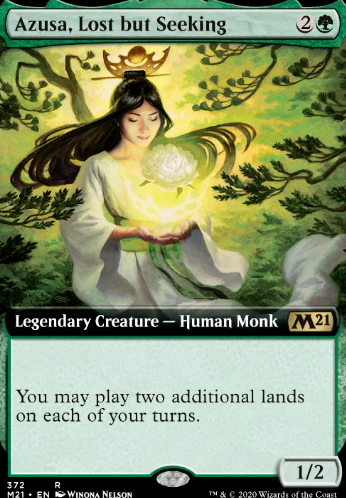 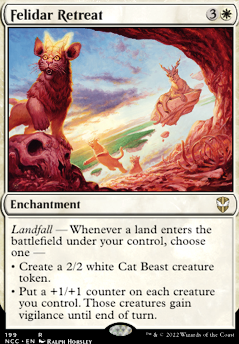 Have you considered Courser of Kruphix / Radha, Heart of Keld / Augur of Autumn to help filter your draws away from lands, or maybe even Lotus Cobra to ramp you?

Courser of Kruphix is probably the best due to the lifegain and being bolt proof, but if you vary your manadorks power enough, Augur of Autumn becomes nice, since you already have Sakura-Tribe Elder at one power. Radha, Heart of Keld can also become a win-condition on its own, due to its ability to pump itself.

I'd say your two top options are Courser of Kruphix and Radha, Heart of Keld for your current list, if you wanted to play lands from the top of your deck, eliminating "dead" draws and essentially generating card advantage.

I've found 2-3 of this functionality works best in a list, as duplicates aren't the greatest (lifegain stacks if you have duplicates though, so Courser of Kruphix is better as a duplicate).

Augur of Autum: Neat alternative to Courser & Radha, Heart of Keld. Achieving Coven so that you can do Creature card-based card advantage is a bit "win more", but it's still a neat bonus to the default extra land-playing.

As a side note, I'm a bit worried over the lack of new EDH-decent Gruul-inclusive Werewolves. Aside from Tovolar, there's just Kessig Naturalist Â Flip. The actual Wolves aren't very impressive either.

BigRed907 Both are nice, before I saw your comment I was watching a video on a Naya Land's Wrath deck which used Awakening of Vitu-Ghazi, I do also like the idea of Waker of the Wilds. I figure I probably want one or the other, and Nissa, Steward of Elements feels like the right card to cut. The +2 is super bad, the 0 is actually pretty good, and the ult is just meh. Also considering Radha, Heart of Keld for that same slot, we'll see. 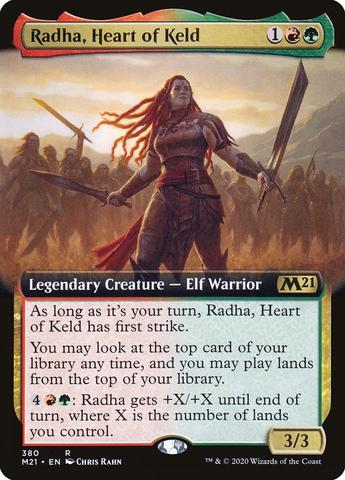