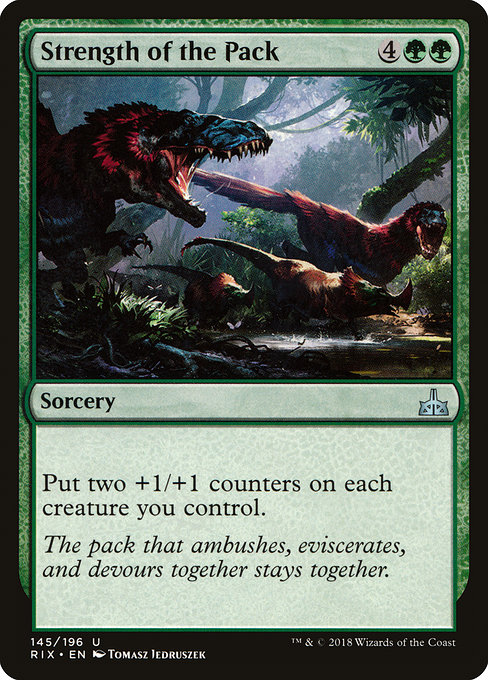 Put two +1/+1 counters on each creature you control.

Now It's Time To Get CHONKY
by SureSpear 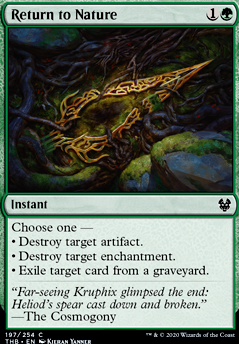 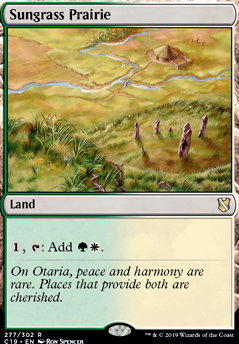 A Touch of Death
by ted1 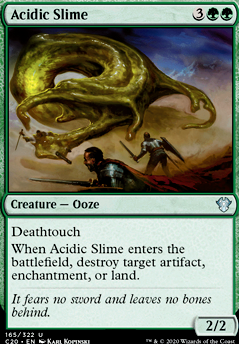 The Infector
by ted1 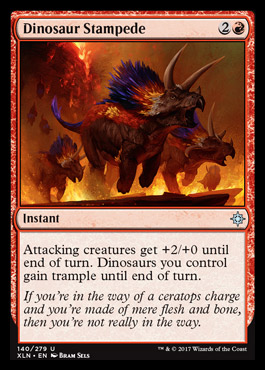 Strength of the Pack Discussion

Looks interesting. I wonder though if going for the little red is worth it or not. I'd be tempted to go just blue/green will be more versatile in getting the mana you need early game. With adding counters maybe consider Strength of the Pack and Biogenic Upgrade . I've been using them in a mono green ramping elf deck and they will can combine well to ramp tokens fast and then a killer blow with the Biogenic Upgrade

I kind of like the idea for Tilonalli's Summoner, but besides Shock, I do not see a place to put it in that is already not taken up by an Elf, and the deck does have plenty of mana sinks as it is.

I have been thinking about sideboarding Carnage Tyrant as both a finisher and a piece against control, but it is really expensive currently, and I just do not have the budget to spend. I'd prefer to keep the deck semi-budget anyway.

For creature protection, the deck was running Blossoming Defense, but that rotates out, so I have removed it, and the deck is already far to hungry on Green to even think about going into blue. I really hope we get that card back though, it is really nice. Any specific suggestions? I cannot think of one, and I have looked, but maybe I missed a card.

Are there any mass pump spells in RG currently? The deck does have the potential to fairly reasonably have 4 Elvish Clancallers on the battlefield, which sort of work like mass pump. Strength of the Pack is the only one I can think of, and the kicker one that does a similar thing, but I feel like the lords accomplish the same purpose.

First problem I see here is that you only have 42 cards. If you bring that to a tournament, you won't be able to play it because the minimum card count for your deck is 60 cards. I would add:

I definitely second Tendershoot Dryad and Whisper, Blood Liturgist, and would also probably swap Divest, Duress, and Bloodtallow Candle for Ravenous Chupacabra, Jadelight Ranger, and Journey to Eternity  Flip. Also, you have extra copies of Fungal Infection, Fungal Plots, and Verdant Rebirth, so I'd recommend taking them out. Path of Discovery, Strength of the Pack, and Shapers' Sanctuary are good replacements.

I think about Rhonas the Indomitable... Mana sink, indestructible, gives trample, can easily be activate with Hallar.... But i don't know what i put out.

After the release, i'll see if Broken Bond will be main or not. Some enchantments may have to be managed (sagas ?).

Saproling Migration may also be a good addition. Especially with Strength of the Pack, Song of Freyalise and Wild Onslaught.

That is all my ideas. Need for testing :)