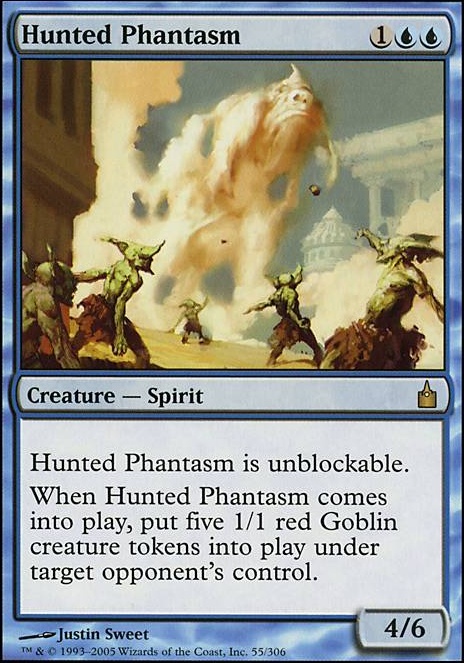 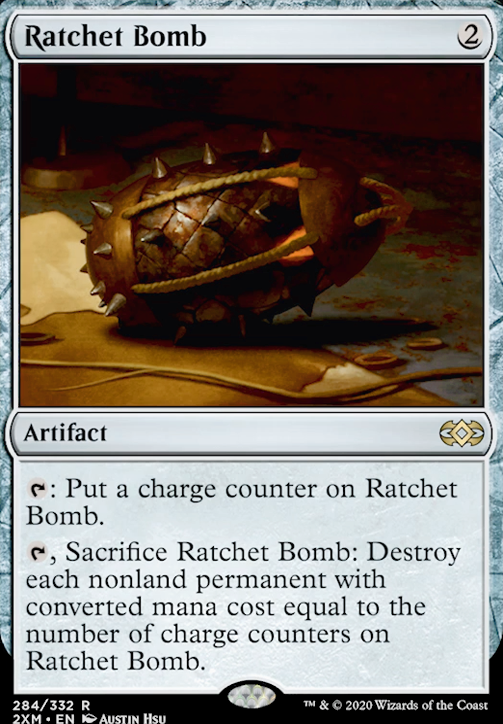 sorry, not in your colors. Nevermind the previous comment. But you can try Hunted Troll or Hunted Phantasm

Daarkest Unfortunately, they both power down my Tempest Djinn after testing them out and unnecessarily push the budget up. What are your thoughts on Hunted Phantasm ?

Iâll try to let the cards mostly speak for themselves.

Fact or Fiction - pick your poison.

Trespasser's Curse - would have been Hunted Phantasm if we were including creatures.

Increasing Vengeance - nothing if not excessive.

Psychic Surgery - Kederekt Parasite could also have gone here. Punishment for even the most mechanical part of the game.

NA - no planeswalker in these colors other than like Urza but thatâs kinda cheating and not accurate.

Amulet of Safekeeping is a fantastic suggestion!! Thanks!!

I had Dowsing Dagger  Flip in here originally, and it was okay because Hunted Phantasm is unblockable but it was just too slow. I ended up swapping it out for Hunted Horror .

You're going to have the majority of your main deck idea, the cards that work amazing against creature strategy, in your side-board. I know that's going to sound like it's going against what you want, but game 1 is going to be feeling out your opponent, which also means that you're going to have main-board several of your silver bullets. Hunted Phantasm for RDW, good all-round 'walkers if those are interesting to you, Gigadrowse , stuff that works on most any deck, especially ones that are light on creatures. Then, when you sniff out an opponent that would just absolutely get wrecked if their stuff were tapped out turn after turn, that's when you bring in your game plan and tap them down without mercy.

Have you considered splashing black for things like Treacherous Pit-Dweller or Hunted Horror, or do you think it's a bad idea?