At the beginning of combat on your turn, you may choose two. Each mode must target a different player.

Ink, Quill and Politics
by TRANScend 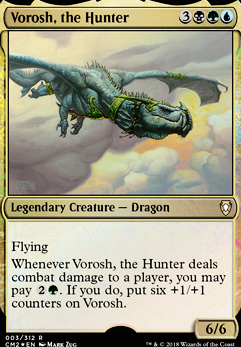 Loose the Thunder
by Wolfstrum

triickii Appreciate the feedback. I'm slowly starting to put together something; I'll post back with the link when ready.

What are your thoughts on some of the newer dragons: Beledros Witherbloom and Shadrix Silverquill ? Similarly, thoughts on the coming-soon Scion of Draco and Tiamat ?

Can I get two triggers off of Strixhaven Stadium when Shadrix Silverquill deals damage to an opponent because he has double strike?

Shadrix Silverquill performs well enough as a one-of. Keeping the oppents with an empty board state helps. And Elite Spellbinder was in my original plan but I'm out of wildcards at the moment