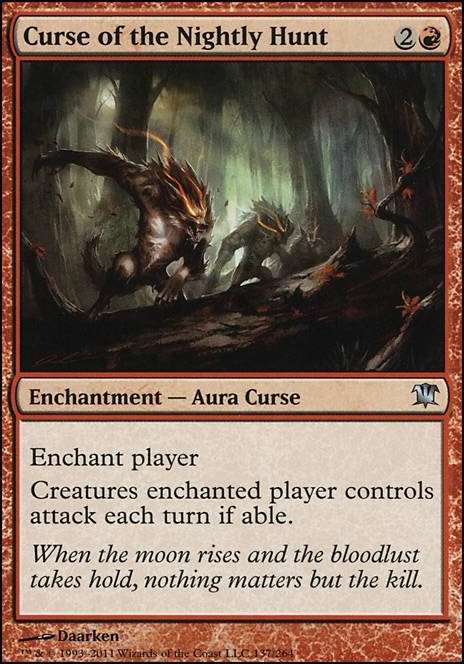 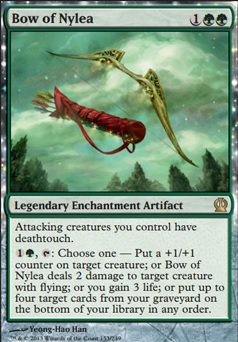 Put X +1/+1 counters on the creature you control with the highest power, then it deals damage equal to its power to each other creature.

Of course! Lots of flavor!

If your curious my brew is Werewolf/Wolf Beastmaster. Should be lots of werewolf options.

Do you think changelings are wolfy enough? Chameleon Colossus and maybe Changeling Titan. Baton of Morale would simulate pack tactics. Soul Foundry is a favorite of mine with decks like this and it gets extra synergy with your token doublers. Knighthood doesn't sound wolfy but some wolves are fast man (and its hilarious with your deathtouch cards).

I would consider cutting Sound the Call, Memorial to Unity, Coat of Arms (unless you never play against other tribal decks) and Lone Wolf. Aspect of Wolf has always under-performed for me.

Have you looked for a different commander? If you could find a Naya boss you could throw in Alpha Brawl and bring the wolf to them.