Return target creature card from your graveyard to the battlefield. If it's an Angel, put two +1/+1 counters on it.

Defy Death occurrence in decks from the last year

Angels of death
by Glutenshpeal 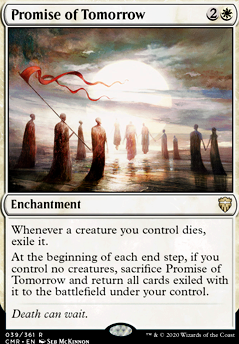 I was wondering what your thoughts were on Serra the Benevolent and Brought Back ? I was thinking of Serra for her tokens and either brought back or Defy Death for recursion.

Maybe Defy Death , Norn's Annex are 2 that I can think of. You could replace Boon Reflection with True Conviction , as pretty much all of your life gain comes from lifelink, you will get the "double life gain" from double strike and it will give you another life link source. You will also get more damage and it can also add more devotion for Nykthos, Shrine to Nyx .