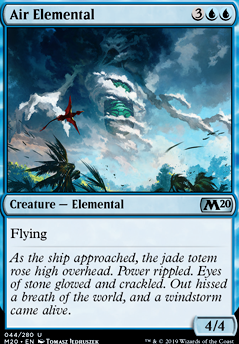 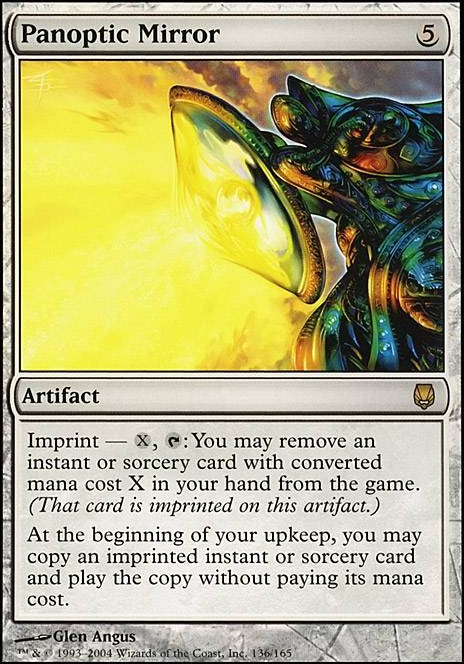 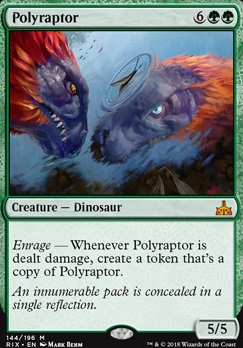 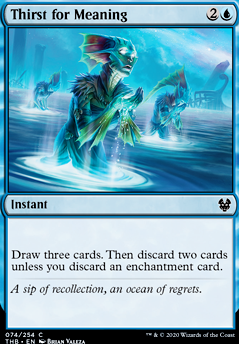 I have a pet theory that Sarkhan420X shitposts under new accounts that contain an X at the end, like Liliana69X and this new one Uchiha9001X. Also lol @ RedPowerRanger9001 and Uchiha9001X both joined tappedout 24 hours ago with a 9001 in their name, and both decided to jump right into aggressive postings in the modern forum before any decklists, neat coincidence.

I think its extremely obvious what Toolmaster was getting at, and its unfortunate that we are caught up on definitions instead of reading the entire message for comprehension. No one is saying Lightning Bolt doesn't win games, but when your deck is 20 mountains and 40 bolt variants, calling all of them a wincon isn't really giving you any new information.

As far as cards for your deck, I think Curator of Mysteries is criminally underrated, especially for budget builds. 4/4 flyer for 4 that can cycle away if you're flush with them early, and gives extra utility from running other cycle cards. An updated version of the classic Air Elemental . Works well with the cycle lands if you want to draw on the cheap while still holding up control during your opponents turn.

Pteramander is also an excellent choice. You get your flying beats earlier than with Curator but you still have the option of adapting later in the game to keep up pressure.

I feel that Air Elemental is a bit too costly for 4/4.

Iâd suggest replacing Sift with Chemister's Insight , simple because you can cast it 2x. Remove Air Elemental s and Riddlemaster Sphinx , add 3x Dream Eater , his ability with flash works Great,... and of course you could consider splashing for Teferi, Hero of Dominaria . That would also give you The Option to go for a more Control approach with your Mill,... maybe think about that. GL with your Deck, Have Fun!