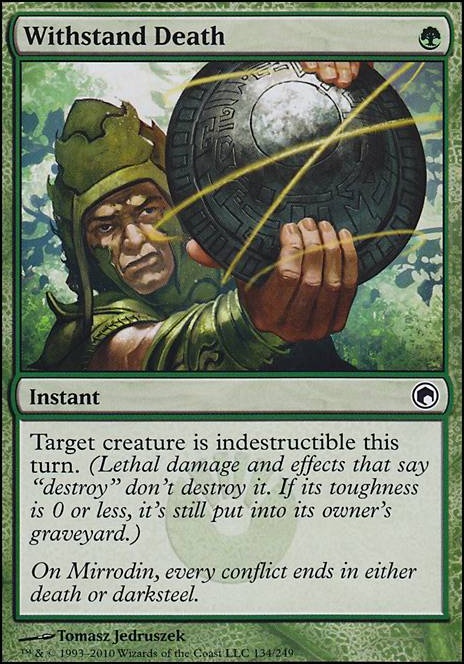 Target creature is indestructible this turn. (Lethal damage and effects that say "destroy" don't destroy it. If its toughness is 0 or less, it's still put into its owner's graveyard.)

Withstand Death occurrence in decks from the last year

Quicksilver and Piper - cheat in
by berserkerbrot

A Wonderful Day With Hans Eriksson
by bustinedup 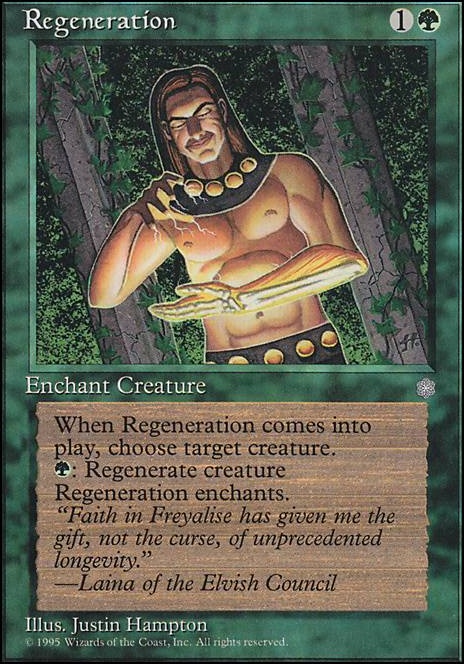 If you find yourself playing against a lot of Boardwipe decks instead of target removal, then I'd Sideboard 2x Golgari Charm to swap out for Withstand Death in those cases.

If you decide you want to keep it Golgari colors, you might look at Golgari Charm & Withstand Death then as well. (Even if you just sideboard them to try).

I'm a big fan of all the different Charms in general, because having 3 options on 1 spell is really tough to beat.