Enrage â Whenever this is dealt damage, you may create a 5/4 red and green Dragon Spirit creature token with "When this creature deals damage, sacrifice it."

Whenever you roll one or more dice, you may have this deal 1 damage to itself. 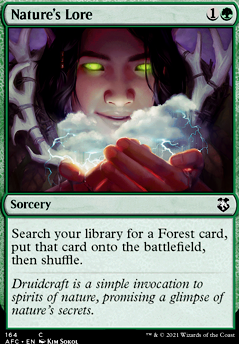 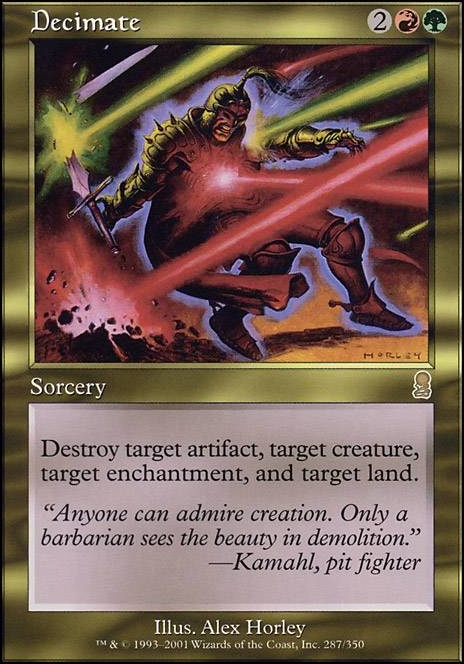 Vrondiss,Rage of Damage #65
by butter83

Toggo & Thrasios, if you say Jehovah once more...
by SilencedDax

Vrondiss,Rage of Damage #65
by butter83

This seems actually pretty decent in a deck that cares about discarding and has some lifegain. Asmoranomardicadaistinaculdacar would propably play it. Also somewhat interesting for Vrondiss, Rage of Ancients.

Hey, it looks like you got a bundle of Adventures in the Forgotten Realms (AFR) and used all the cards you got in it for this deck. If the only cards you have are from AFR then you have done well to make an actual deck with them, but if you have cards from other sets such as more Dragons then those cards would better fit in a deck with Tiamat as Commander.

My advice is consider buying the Draconic Rage precon Commander deck from Card Kingdom? You can also potentially find it inside a Target or Walmart. The deck is a preconstructed 99 card Commander deck with Vrondiss, Rage of Ancients as Commander, who's a Dragon. The precon is two colors (green and red called Gruul), but it has a Dragon theme and there's several good Dragons and cards that care about Dragons.

In fact, there's 40+ cards in the precon that would improve your deck including several budget staples such as Sol Ring, Arcane Signet, Command Tower. These 40+ cards would help to steer this deck in a more focused direction which is Dragons since Tiamat is a Dragon and his ability can search for Dragons.

ZendikariWol on Not using the obvious?

I upgraded the Vrondiss, Rage of Ancients precon to be "power 5 or greater" synergies. My first commander was Mayael the Anima so I'm loving this reimagining of my first deck.

If you have death-proof, Blazing Sunsteel is a card you might look into to sustain a loop of all the dragon spirits, as backup for Terror of the Peaks. Just slap it on a death-proof Vrondiss, Rage of Ancients, poke it, and it can keep hitting itself until you decide how many million dragon spirits is enough.

Vrondiss, Rage of Ancients is in play. You also have Terror of the Peaks in play.

Slap some death-proof on Vrondiss and poke him with a stick. As long as you can ping him with just one single damage, you're good.

It's as simple as getting another creature into play, hitting him with a shock spell. Hell you can even attack and if he is blocked, cast Heroic Intervention in response. He takes the damage but survives.

Once Vrondiss is hit for some damage, he will make a 5/4 Dragon Spirit token.

Now we CAN NOT have the token deal damage. If we do, the token is exiled. That's why we need Terror of the Peaks, because Terror deals the ETB damage.

Actually, we can have the token deal damage. If we use Dragon Tempest, Warstorm Surge, Scourge of Valkas, etc then what we can do is have the 5/4 slap Vrondiss on his big ol'e scaly behind and ghost him like a bad date. We can still win with a pinger mentioned below.

If you are able to hit him prior to combat and you have something such as Fervor in play, you can swing for infinite damage. (To the best of my knowledge, this only works with Terror of the Peaks. If you intend to swing for lethal combat damage, you need the 5/4 tokens in play - obviously. Because Terror deals the damage, the tokens remain. However, you can always have the tokens deal the damage via other methods, but they vanish. In that case, your wincon is below.)

If you are past combat, you can machinegun the table with any ETB pinger such as Impact Tremors or any other one.