-6: Draw a card for each green creature you control. He's an Angry Elf
by Tajari 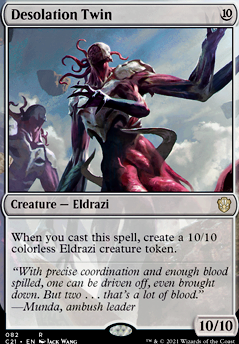 Look Ma, No Lands!
by G_man 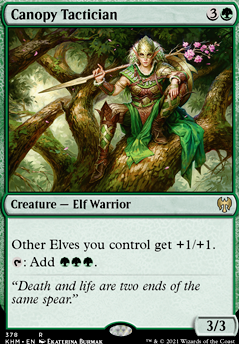 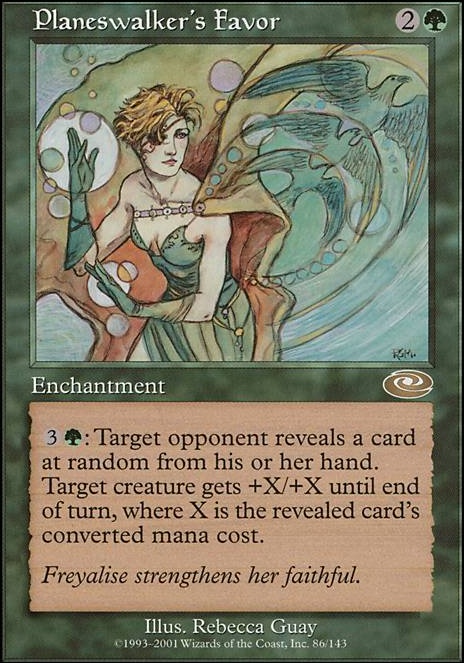 Go forth and Multiply (Naya Token deck)
by Rainthezangoose

And Planeswalkers can't be commanders unless the card specifically says they can, e.g. Freyalise, Llanowar's Fury .

I really like this deck but I agree with bankrupt_on_selling, including Freyalise, Llanowar's Fury can help with mana, control and token generation. I also think Eldrazi Monument is a good add for protection; because my meta generates so much hate for Lathril, Blade of the Elves .