Choose any number of target creature and/or planeswalker cards in graveyards. Command the Dreadhorde deals damage to you equal to the total converted mana cost of those cards. Put them onto the battlefield under your control.

Anowon and his milling thiefs
by Kresnik

Athreos and his never-dying friends
by orderlyLizard

With the Zendikar Rising spoilers though there are a few cards that stick out that deserve a mention as being potentially useful in this archetype: 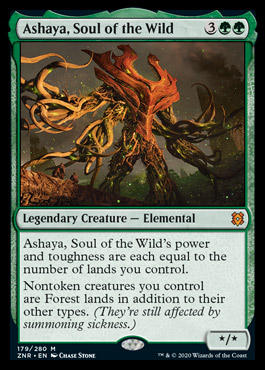 Now this is very much like Multani, Yavimaya's Avatar except 1 cheaper and with no ability to recur itself (or bounce lands for discarding). That said it does ramp. In this particular deck I would have to say that the only way to really generate creatures quickly is Avenger of Zendikar, and even then they will have summoning sickness. 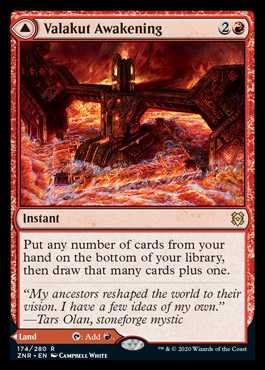 This card has a lot of utility, the land is slow but it's an effect in a pinch. The only thing I will say to its greatest detriment is that it doesn't count as a land in the graveyard and cannot be searched like one. That said it's a pretty good filter/land combo. 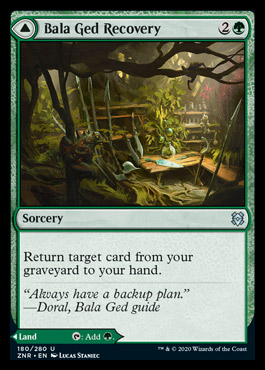 Pretty much an easier Eternal Witness on top of that the other side is a land, which can really help smooth out the mana on opening hands. Still not a land card in the library or graveyard which is a pain but it's about as easy to search up in this deck as an Eternal Witness and it's easier to cast (being one less green mana symbol). Again a candidate for smoothing out mana early game in green (which is the most key ramping colour) or making a landfall trigger on top of being a Regrowth, even if it is a bit more expensive. I honestly think it might be worth a serious thought about replacing Eternal Witness as there is pretty much no reanimation in the deck (unless you are including something like Volrath's Stronghold). 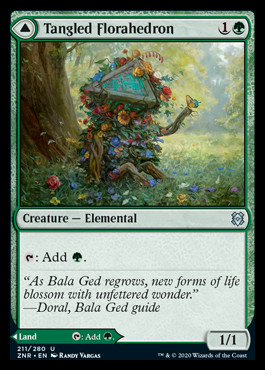 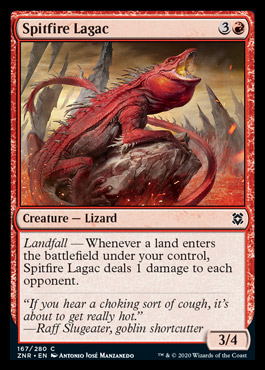 I'm torn about this card because it has all the words but unfortunately it's not really how this kind of deck plays out. There are very few infinite landfall triggers so this is more of a value card. It will annoy and aggravate the board and draw attention to you for very limited gain. You make three landfall triggers in a turn? That's three damage...great, now you have everyone's attention. 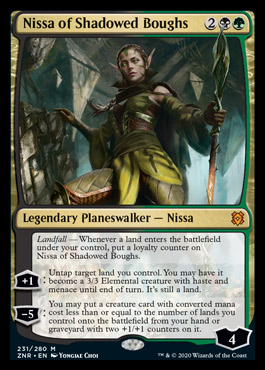 If I didn't mention it, someone would bring it up, but this card just doesn't quite work in this deck unless you are a dedicated reanimation build. Play her for 4, drop some land, reanimate something, maybe drop a surprise from the hand once, then she probably dies. I think Nissa, Vital Force is still a much better card for utility being that she can retrieve permanents (including land) and has an ultimate that just works beautifully with the deck. However this new Nissa just doesn't really cut it with the current abilities. 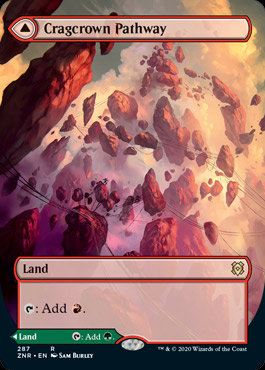 Beautiful card, it's just a shame it's not in GB, still a potentially good choice, the main thing going against it is the lack of land types and having to play it from the graveyard on it's Red facing.

Neotrup on "In response to that spell â¦

An opponent wouldn't be able to do anything about Angel's Grace, but they would still be able to respond to the first spell one Angel's Grace resolves, such as by casting Counterspell targeting the Command the Dreadhorde or casting Ravenous Trap to make it less effective.

goldlion on "In response to that spell â¦

Recently we played a game where a interesting situation on the stack came up that raised an important question for me.

Someone else asked a question about this and split second, but I thought we need something to respond to, and spells resolving didn't count.

In short, can players respond to the resolution of a spells on the stack? Or does the spells resolution have to cause triggers or effects for people to have something to respond to?

fireball0093 on What is your favorite card â¦

Righteous Aura is a pet card of mine for any deck I run White in. Got an especially fun combo in my lifegain deck with that and Command the Dreadhorde