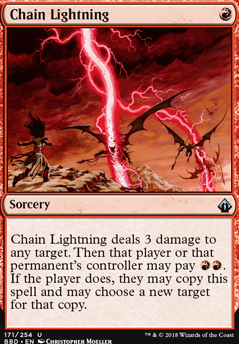 Chain Lightning deals 3 damage to target creature, planeswalker or player. Then that player or that creature's controller may pay . If the player does, he or she may copy this spell and may choose a new target for that copy.

Chain Lightning occurrence in decks from the last year 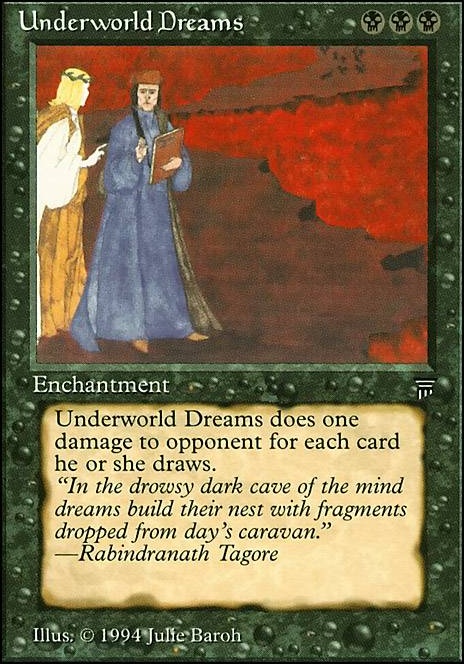 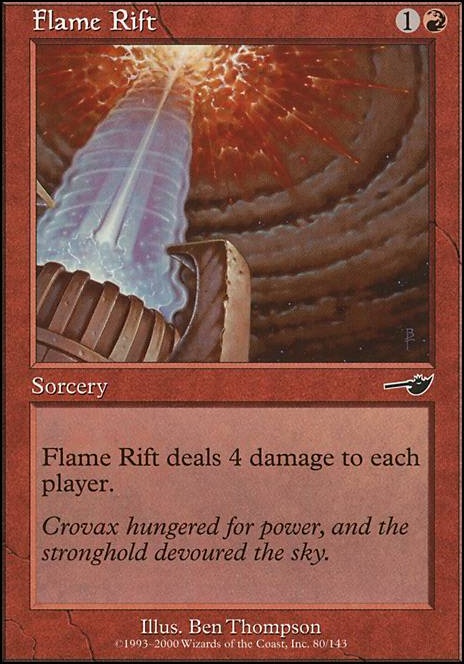 It is literally the best card in that deck. A lot of the cards in there cost a lot and the only way youâll ever live till the late game is if you add stuff like bolt and Chain Lightning cut the top end entirely and add in 4 Thing in the Ice Â Flip as a finisher. Make the deckâs curve stop at 3, or four if you want cryptic command but I donât think that youâd want it itâs like $20.

Ruhan of the Fomori (Jeskai Control)

I just cut Pyroclasm and Electrolyze after some discussion with a duel commander discord. Since I haven't played in a while, I asked them what changes seem reasonable with the changed meta. They convinced me it's less of a Pyroclasm meta these days after I was talking about possibly adding Flame Sweep . We will see how that goes. They tried convincing me that Path to Exile was bad, but idk. I made my case for it and it came down to the card being a meta call. I play against a lot more g/w variants than what a blind meta would be. Replaced them with Mana Tithe and Chain Lightning .

As far as the utility lands, I've tried all of those. I ended up cutting them all because I was screwed over too many times with colorless mana. It's a pretty mana intensive deck. I liked Slayers' Stronghold the most out of the four suggested lands though. I've won a few games by untapping Ruhan with Minamo when they forgot it existed a few times though. Feels amazing.

Hey, just so you know: Chain Lightning is also not Modern legal. Iâd recommend switching them out and running a playset of Skullcrack , which can help you kill your opponents through life gain.

I think you could cut Lightning Strike or Shock for some number of Chain Lightning or Skewer the Critics .

StardustDragon11 on On the Horizon

I love burn so it would make my heart soar to see Chain Lightning , Fireblast or Price of Progress become modern legal. I imagine that Fireblast has a next to 0 chance of being in the set while the other two seem likely. Chain Lightning might not be in the set but I am confident that Price of Progress will be. Such a lovely card and a wonderful weapon for mono red burn decks. It would give burn specific strategies some serious gas but wouldn't break the 0 mana rule or be another cheap spell for Phoenix and Delver decks.

As for original cards I would like to see a land at common that has the ability to tap, sacrifice and pay 1 life to fetch a basic land.

A card like that would dramatically change the price point for players playing modern and legacy decks that are a single color.