Thrasios and Silas
by MoonlitWing 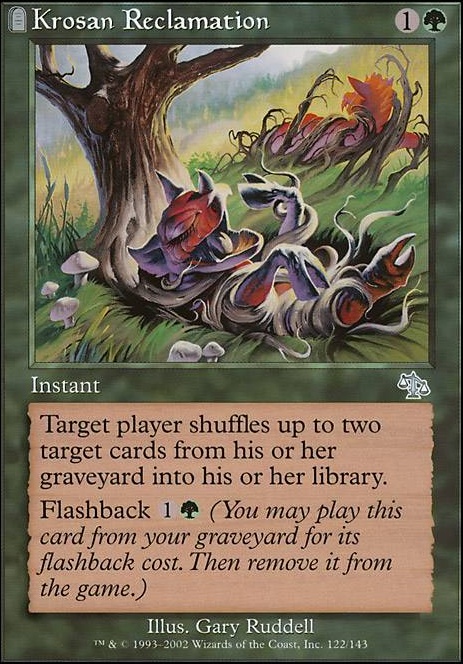 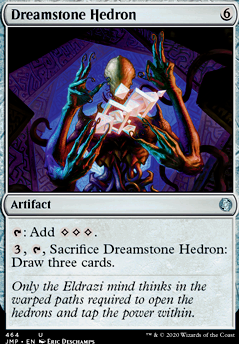 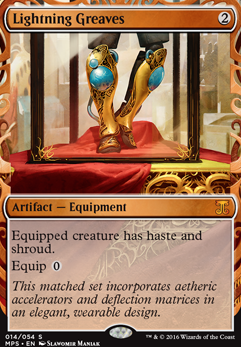 Daveslab2022: Yes, that's pretty broken. Probably would be banned in all formats except for commander before it was even released. If p/t was 40/40, it would be much more legit, but then not as good in commander.

Just thinking about a deck with 35 non-legendary creatures, all with different types. That would be really fun to build.

Next challenge, think of a deck archetype that either doesn't exist yet or is underutilized, and make the commander for it.

I'd play a lot more than 19 lands in a deck that requires 8 mana to kill without setup and at least 4 mana to kill with setup which will be hard seeing as one of your combo pieces is a 2/2 creature. I'd go up to about 23 lands and add in a lot more cantrips (maybe a playset of Serum Visions). Since your combo is so expensive mana wise I'd also add a lot more control pieces (counters and removal since you're good on hand attack) so that you can make it to those later turns.

Also, I assume you're playing this deck because you really like this specific combo, but as an expensive 3 piece combo its super fragile especially for modern. You could play Inverter of Truth+Thassa's Oracle and win quicker, easier, more effectively, and with less mana while still staying in the same colors.

DeinoStinkus on A Quest for Power: Unrestricting â¦

How do you use Tinker on Inverter of Truth? Also, I imagine Demonic Consultation would be run over Inverter. Inverter is good, but it really saw major play in Pioneer.

Inverter of Truth is banned! There goes my deck!

Oloro_Magic on August 2020 Banned and Restricted

As a devoted Lotus Breach player I can't help but say I'm a little disappointed they decided to take this kind of unilateral action, but even I am not blind to the fact that the format had a clear and definable problem.

Inverter of Truth needed to be banned, its needed a ban for a while as that deck just far out performed anything else that the format was doing; an issue in part caused by other bans such as Smuggler's Copter but mainly due to the fact that the Inverter deck simply shrugged off competition from any "fair" magic deck. You will find very little argument I imagine that seeks to defend Inverter, and the arguments that do exist likely will offer alternatives such as Thassa's Oracle or Dig Through Time as possible bans.

As far as the other cards banned, I think this is more of a clear message than metagame action in particular. Lotus Breach didn't have great aggro matchups meaning it would have been interesting to see how the deck would fair in an Inverter-less world. But I digress, Underworld Breach likely would have had to be banned for some reason or another in the next few years, so in many ways this is simply cutting the metaphorical chord before it becomes an oppressive issue similar to the effect Inverter has had on the format. The other bans however are odd to me and are more clearly associated with this message from wizards that Pioneer is not a format where un-fair combo decks, i.e. the only decks I play unfortunately, are particularly welcome.

Of course everyone will have their opinion on that stance, I personally don't endorse it, but even if you are like me and oppose it, one has to admit that a fair format is more welcoming to new players and more advantageous for format growth in this its infancy. I strongly disagree with the Walking Ballista ban, as well as the Kethis, the Hidden Hand, I don't think either of those decks posed a significant threat to the metagame following an inverter/breach ban. In fact, in defense of the Heliod/Ballista deck, I have always found this deck to be relatively fair. Yes you can build it so it wins turn 3, but the most popular builds tend to not play out so much as a combo deck and has a good deal of interaction. Additionally, presumably with a return to more interaction in the format we would see a good deal of interaction for this deck's combo in the form of simple removal; it would have been beneficial in my mind to see how the deck reacts to a more "fair" meta. Kethis, the Hidden Hand feels the most like a statement, and there wasn't a ton of data, for obvious reasons, to consider its potential impact.

So while I agree with 2/4 bans, I don't see this as a ban on a few decks that were dominating the format, but rather a wholescale rejection of combo existing in the infancy of the format. This does not mean that the format won't breed new combo decks, as time goes on that will just happen naturally, but wizards has sent a clear message they want to keep Pioneer a format focused on fair and interactive magic. I am interested though to see what effect this announcement has on the metagame at a competitive level. Of course we are going to see a lot of brewing as people who don't share my sensibilities come back to the format, which is a good thing. However, what will emerge from the dust so to speak? Ramp decks feel like they could be well-positioned, some kind of updated version of the deck that was dominating standard until today as well. I imagine mono-black is still playable, what about UWx control, I thought the deck had a lot of potential before Inverter came along, I'm curious to see where the format goes. I for one will be working on a UGx ramp list and see where that takes me, but who knows, the best thing I personally can take from this announcement is that the format is open again, meaning its time to get in a lot of testing.

DeinoStinkus on Quest for weirdness

Find another unique use for Crackling Drake!

I love this deck! What do you think of Inverter of Truth? I can't find a ruling on it, but I'm pretty sure you can't cast Eternal Scourge if it's exiled face-down, right? However, it would still combo with Thassa's Oracle like Demonic Consultation.

Nightmare Shepherd is awesome not just for its ability but also its nice 4/4! Thanks! What I need, though are damage dealing cards, especially unblockable/direct damage. If I can't do direct damage whenever my opponent has low life from my tree, or get cards in my graveyard for drawing power in Treasure Cruise, then I will need to use two or one of my other strategies. I had forgotten to keep Tome Scour for my Inverter of Truth combo, so that's there. So I'm left with few card options to keep it at 60. I could get rid of my hand control cards, but those are very useful as well, but not important to my main strategy. Low cost U/B Boardwipe or low cost U/B Fog cards would also be nice to replace my hand control cards.