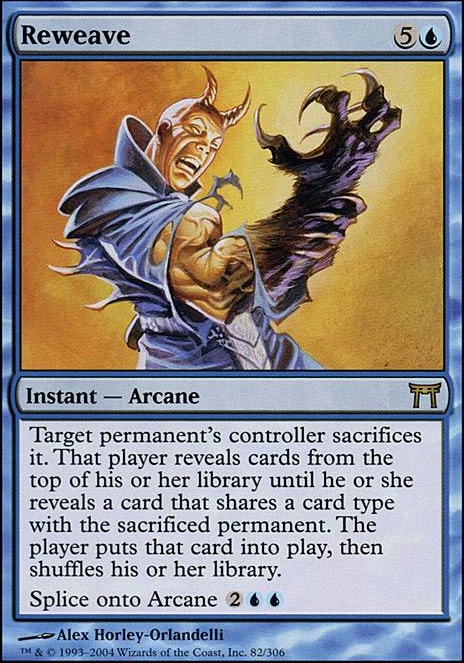 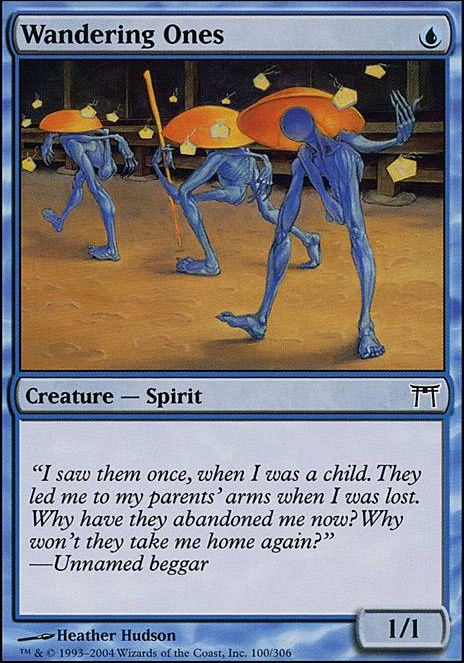 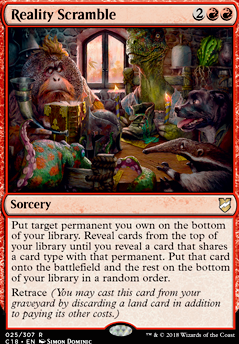 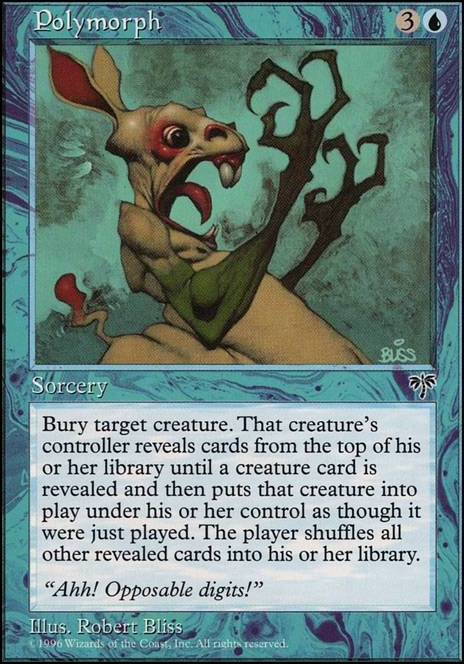 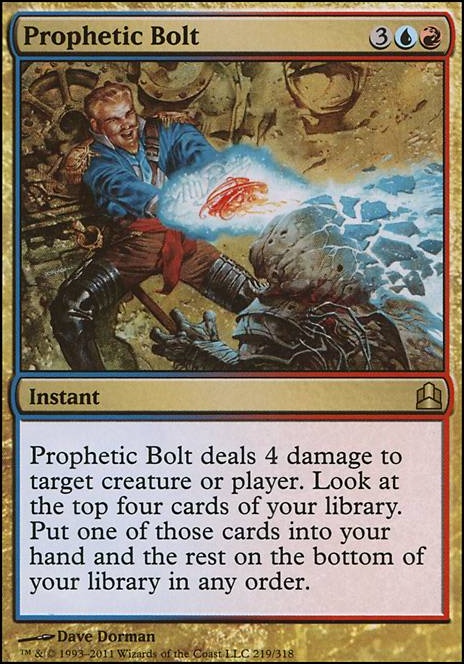 Show and Tell and Reweave

great list! im shocked i didnt know Reweave existed, the polymorph line is crazy here!! i wouldnt even know what to suggest, besides Bag of Holding which synergizes well with all the looting.

Ah, I See You Are A Vampire of Culture As Well...

Apathy-Dance Ok, so traditional Polymorph decks work like this: the deck contains exactly one or two creatures. These should be large unanswerably powerful fatty. Emrakul, the Aeons Torn is the traditional choice, but there are plenty of options, like Iona, Shield of Emeria , Progenitus , and Kozilek, the Great Distortion . These must be the only creatures in the deck, or else you risk polymorphing into something else.

Then, the deck will have a 4-8 copies of Polymorph , and/or other redundant effects like Proteus Staff , Indomitable Creativity or Reweave .

Then, there will have a number of noncreature spells that make creatures. This can take the form of permanents that become creatures like Faerie Conclave or Guardian Idol . Or, it will be instants and sorceries that create creature tokens, like Dragon Fodder or Lingering Souls .

Now...the idea is as follows: you create a creature, then destroy your own creature with Polymorph, and find a copy of the big fatty in your deck, and put it on to the battlefield. Yeah, you lose the creature to Polymorph, but it would always be better to have the big fatty than the tiny critter.

But, the biggest problem that Polymorph decks face, is that the opponent can kill the creature Polymorph is targeting, and this will prevent any of the effects of Polymorph from happening. So, Polymorph decks have to pack hexproofing , counterspells , discard , bounce and other things to fight against removal and lock . And they usually need cards that assist finding the combo.

It is at this point that Amass becomes very appealing to me, because there is an Amass card that can fill each of those functions, and this means you don't need to specifically have any token generation, just noncreature amass spells. And then, with so many instants and sorceries, Invade the City could make a solid backup win condition.

CrimsonChaos - not technically true, though, in effect, this will almost always be the case.

Auras only target when they are cast, so, if you cast the aura targetting Fblthp, the Lost , Fblthp, the Lost will be shuffled into your library (or placed in the command zone if he is your commander and you choose to apply the replacement effect).

But only aura spells target--auras do not. If you cheat the aura onto the battlefield directly, so it enters as a permanent, you are allowed to attach the aura to a legal object for it to enchant. This process does not target, so would get around Fblthp, the Lost 's ability. Practically, this would never happen if Fblthp, the Lost was your commander--the only viable option you would have is Reweave , which involves chance and isn't worth playing in the first place.

As Last_Laugh already covered, phasing will not cause Fblthp, the Lost 's ability to trigger, so it would not be ideal regardless.

Reweave is an arcane polymorph (that can polymorph tibalt into nicol bolas if that gives ideas). Myr Battlesphere is also a pretty good budget bomb.