, : Add five mana of any combination of colors to your mana pool. 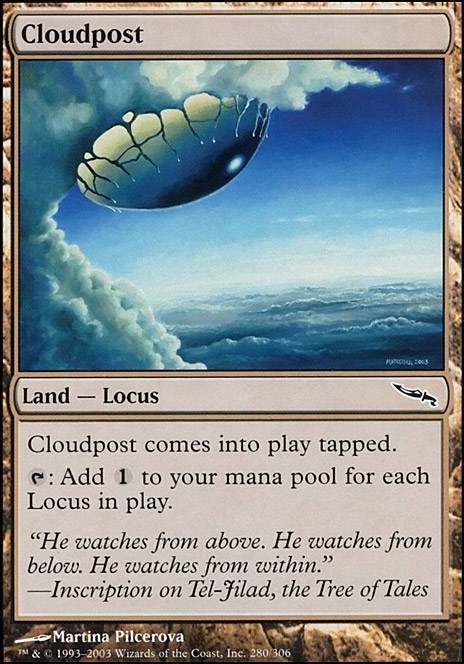 9-lives on Urzatron with Filter and Pain â¦

Is this group of lands for a non-chromatic lantern 5c manabase useful or even viable for an 80 card deck? Here's the list:

I imagine it would perform as good as using a manabase built on as many tri-lands and dual lands as possible.

Cool concept. Big fan of weird tribal lists and the nephilims are the coolest!

If you have access Survival of the Fittest. I kind of want to suggest Holistic Wisdom too.

I love your Primer and the deck, also your insight is very nice! What is your reasoning behind Cascading Cataracts?

I would add a Cascading Cataracts. For the colorscrew and utility with MLD's.

Hi there! love your deck, it's always nice to see new ideas come true. I also have a (almost) monocolor golos deck, and Chromatic Orrery has been a great addition because it helps you pay for golos as a backup for Cascading Cataracts, you may also try The World Tree