: Destroy target artifact if its converted mana cost is equal to the amount of mana in your mana pool. 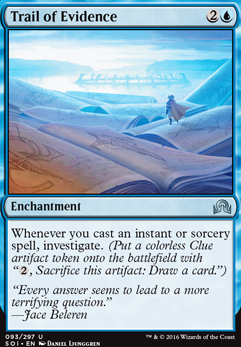 Xica says... #45 JoshFox I have been workig on a deck somewhat similar to yours, imho the following mistakes should be corrected:

Noble Hierarch > Birds of Paradise , as it allows you to push through damage, in plan B, with Geist, and Surrak, much, much better

Fauna Shaman is a trap card - at least it seemed so in my deck. The problem is that everyone runs removal for it. Meanwhile you could run cards like Life's Legacy that dig through the library much better. Maybe having few cards in hand is that good - but i think there are more effective ways to get rid of said card for more benefit, of the top of my head the spellshaper cycle comes to mind.

Running non-creature sideboard cards is a grave error for this kind of deck. For example i would surely replace Engineered Explosives with Cataclysmic Gearhulk (as it effectively starts with 5 copies in deck thanks to evolution), or if you need to fight mass artifacts Glissa Sunseeker is probably one of the best answers, it can kill anything without first strike that has 3 or less toughness in combat, and she is the queen of sweeping up artifacts (and can be found with evolution).

Xica on Advertise your MODERN deck!

JoshFox I have been workig on a deck somewhat similar to yours, imho the following mistakes should be corrected:

Boza on Did Karn Infect Any Other â¦

Mirrodin was actually created by Karn - it is an artificial plane. However, he always carried a bit of phyrexian oil with him that corrupted many on Mirrodin - Glissa Sunseeker was one of the custodians of the plane, but she became Glissa, the Traitor . Memnarch was the original custodian, but the oil drove him mad.

The oil worked best on Mirrodin, because it was artificial - flesh and Phyresis do not mix well. It is entirely possible that other planes may have been infected, but the unique characteristics of Mirrodin place it the most likely for the oil to live long and prosper.^^_^^