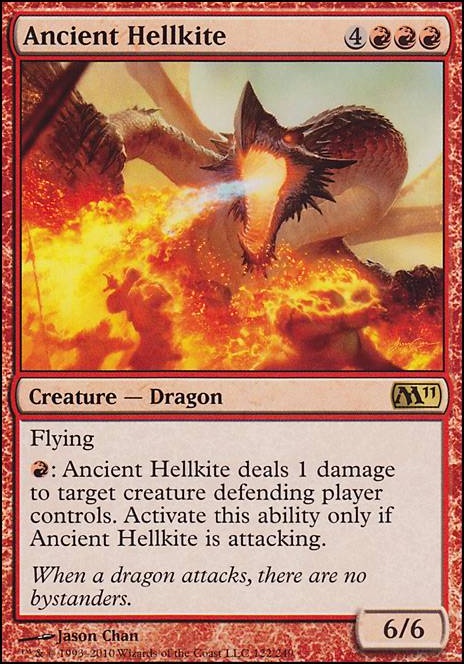 Dragon Fires on a Budg
by mc_studdr 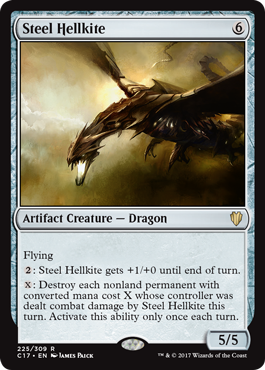 I understand, I've been fan of Dragons since I've bought my very first Intro pack with Ancient Hellkite in it and since that time I've tried to build powerful Dragon deck in modern but all in all it ended up being in EDH when The Ur-Dragon was spoiled. So I'll try to save as much as possible to get all the fancy spells eventually.

In your decklist I didn't see an Expedition Map - isn't it quite good tutor for Cavern of Souls or rainbow lands?

ptownazkikr on How does stand or fall ...

Just to clarify, it can make all but half of the creatures of one opponent unable to block for my combat phase? Also the defending player confusion came because some other cards with similar terminology, like Ancient Hellkite, use the term defending player terminology to specify which opponent it can affect.

Kaalia in the works(Final Draft Maybe?)

Kaalia of the Vast says "onto the battlefield tapped an attacking that opponent", so the Flameblast Dragon never "Attacks", which means his triggered ability "Whenever Flameblast Dragon attacks..." never triggers.

On gatherer for Kaalia of the Vast, there is a ruling that clarifies, Kaalia Rulings. "the creature card is already tapped and attacking as it's put onto the battlefield, Any abilities that trigger when a creature becomes tapped or when a creature attacks won't trigger for that card"

That's consistent with the rules:

So a few things, he never "attacks", he is "attacking", and he never "attacked". So doesn't trigger whenever attacks, or creatures that say If this creature attacked this turn (bad eg: Kytheon, Hero of Akros

Flip), also wouldn't trigger. But things like Condemn would still work because he is "attacking"

So Flameblast Dragon won't work with Kaalia of the Vast. Also, he has another down side, must be paid whenever he attacks, so the next turn, you tap him to attack, triggers his ability, it's at that time that you have to decide how much to pay, before you know anything about blocker declaration, or flash/instants spells and abilities which may change your mind if you want to even pay the mana this time. The good thing is though, that you only choose the targets when the triggered ability goes off, you get to choose the value for as the ability resolves, which means it's too late for anyone to respond. He just doesn't have good synergy with Kaalia of the Vast, although he looks awesome.

Ancient Hellkite or Shivan Hellkite and the likes would work, but they aren't a Flameblast Dragon. I seem to remember an dragon that worked, but I can't think of him right now, could be totally wrong, may not exist.

Doesn't Wizards already have 30 card starter decks available for free for players who are just starting out? At least my LGS hands them out to new players all the time.

The advice I would give is to have a single bulk rare that represents the color well in the deck. It is goo to have a deck where you are working towards something. An iconic creature is the easy way to do it: