Remove a charge counter from this: Choose one â 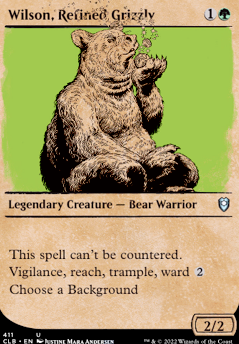 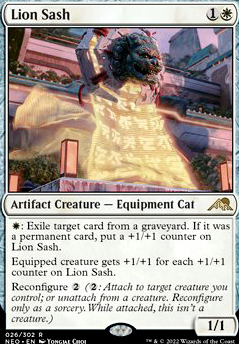 TeyoSelflessProtector Thank you for the interest in my deck! I am aware of these issues. I'm currently in the middle of a rehaul for this deck and will replace these, most likely for Plate Armor and Umezawa's Jitte.

Very thorough and good primer. Definitely a +1 from me. I would just address the power level of the deck earlier.

Have you considered Thalakos Seer yet? It has CMC 2 but brings value even when brought to hand with Ninjutsu.

Also, I am very surprised not to see good old Brainstorm.

And with all the Unblockable creatures, what's your opinion on Umezawa's Jitte?

wallisface: i'm actually gonna agree with you on Shadowspear. the only "splash damage" from that ban would be jund, and i'm fine with that lol.

i think it's time modern unbanned Mox Opal, Umezawa's Jitte, and Once Upon a Time 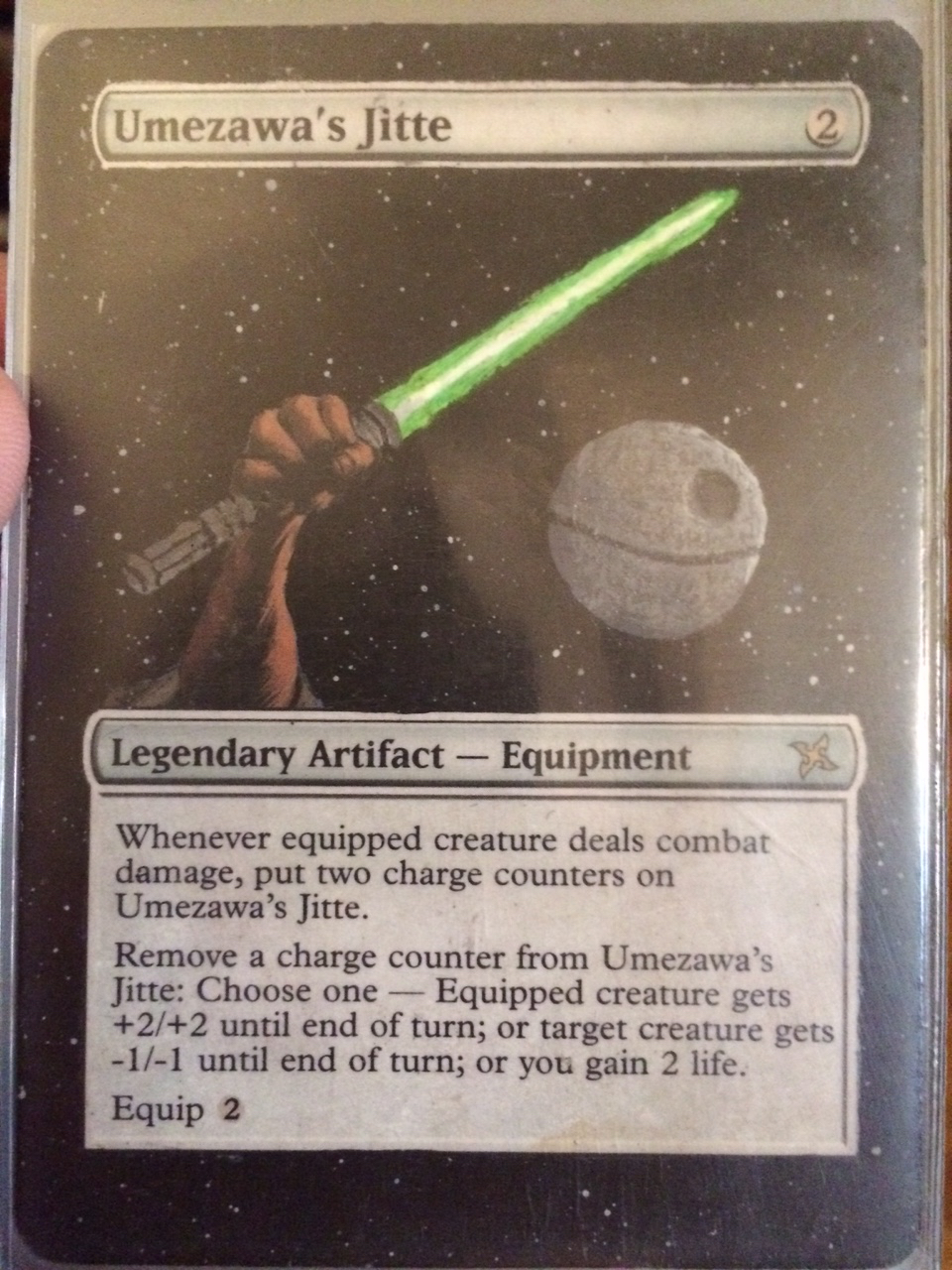 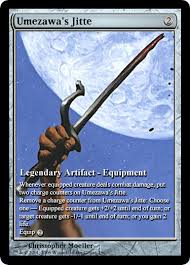 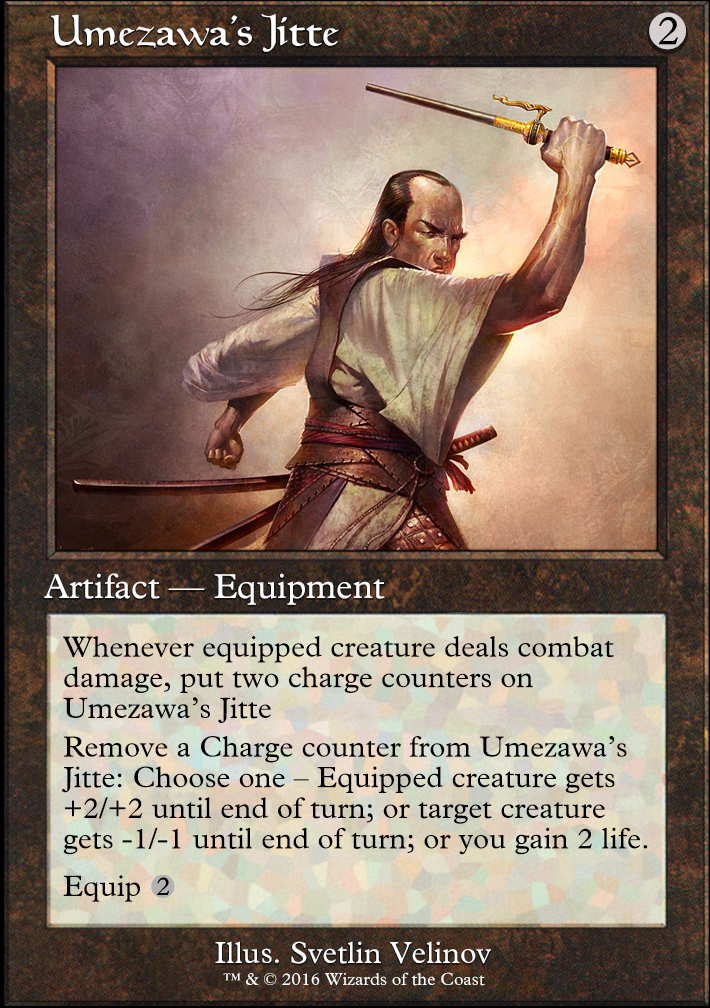 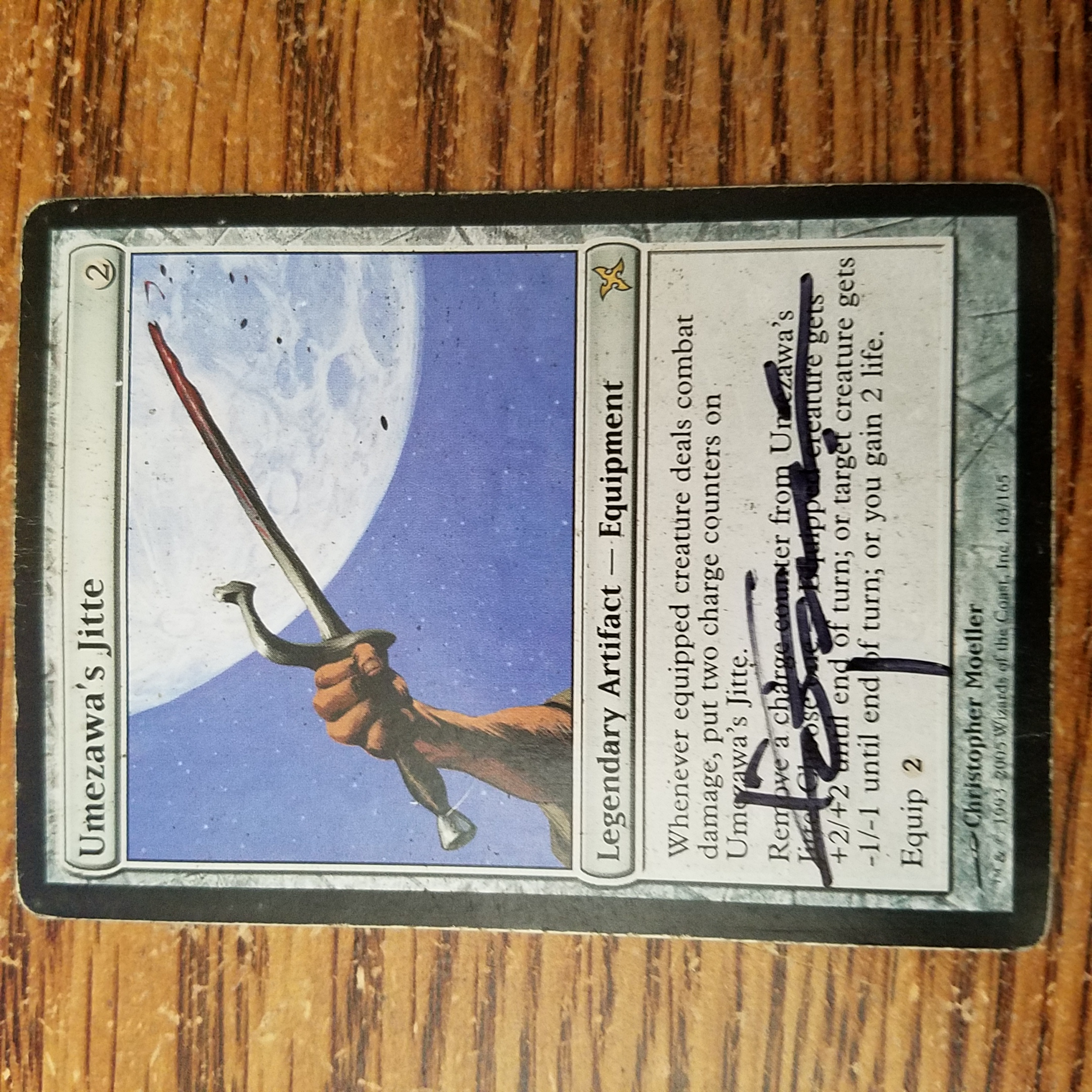 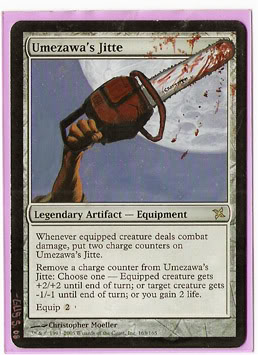 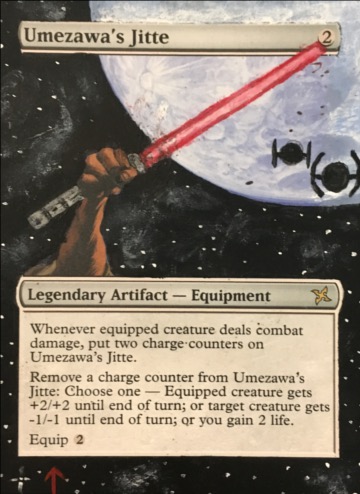 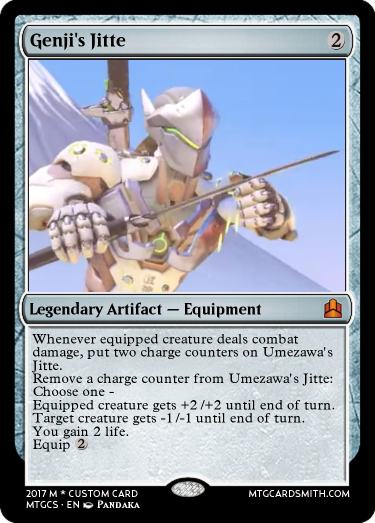 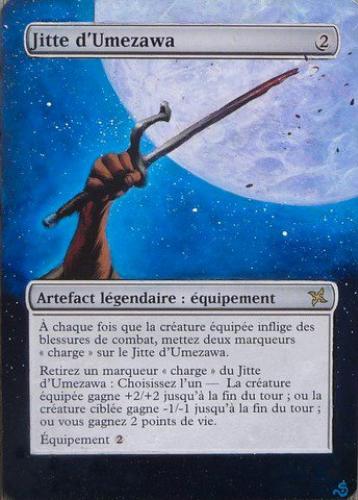 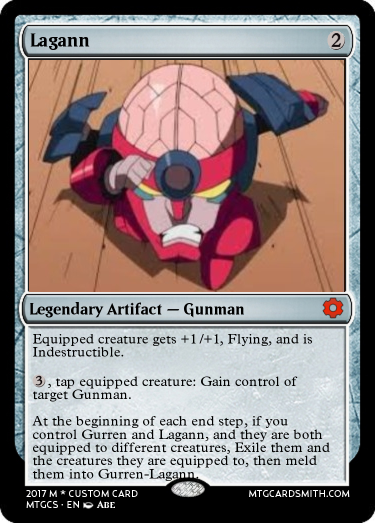 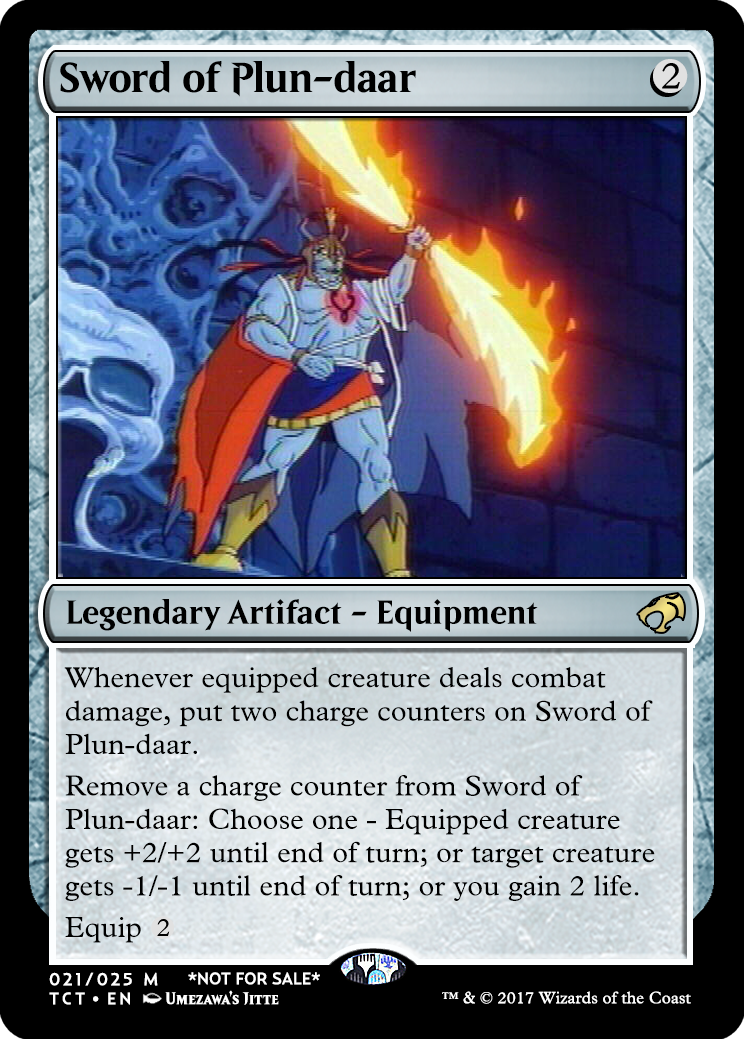