Clerics and Demons
by Finkt2 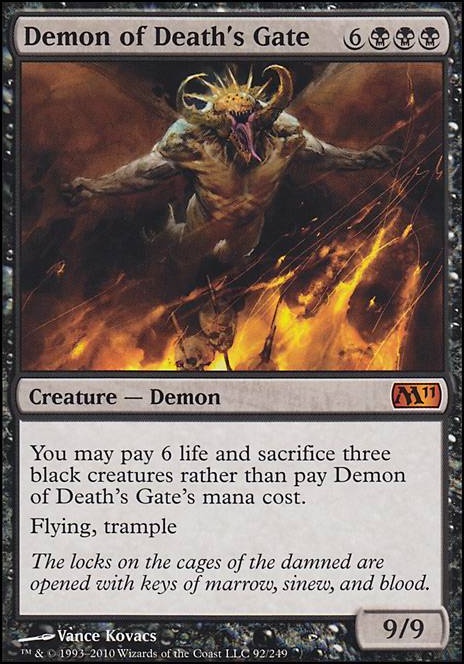 Aricardo on What happens if a creature ...

I understand how First Strike / Double Strike works, but wondered how they worked together.

But just want to be sure.

For example. If i equipped Angelic Destiny to Iroas's Champion It would just get +4+4 and flying, because double Strike cancels out first strike.

And while i'm thinking about it. What happens when 2 Double Strike monsters fight if one had First strike?

R/W Soldier Creatures - Kalemne, Disciple of Iroas, Iroas's Champion, Hearthfire Hobgoblin Three powerful double strikers and two of which should be includes just since Iroas is your commander. Soltari Guerrillas Personal favorite of mine Lightning bolt on a body, great for removing pesky low toughness creatures with annoying abilities.

Artifacts/Enchantments - Konda's Banner, Herald's Horn, Obelisk of Urd These three are amazing with tribal decks. Sunforger, Legion's Initiative these two can give you responses Sunforger can tutor any of your instants and Legions Inititive can protect you from a board wipe unfortunately tokens will still be lost as they cease to exist when they leave battlefield.

Lands - Replace Sunscorched Desert with Bojuka Bog <- makes colorless in your deck and the ability to exile an opponents graveyard is a powerful ability.

Sorcery/Instants - Ghostway, Faith's Reward, Eerie Interlude cards to prevent you from losing creatures due to a boardwipe, these can also be tutored if you decide to add the Sunforger to your deck.