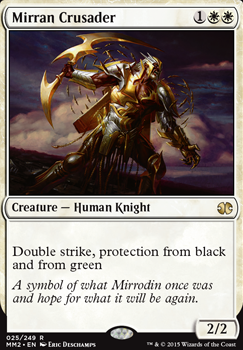 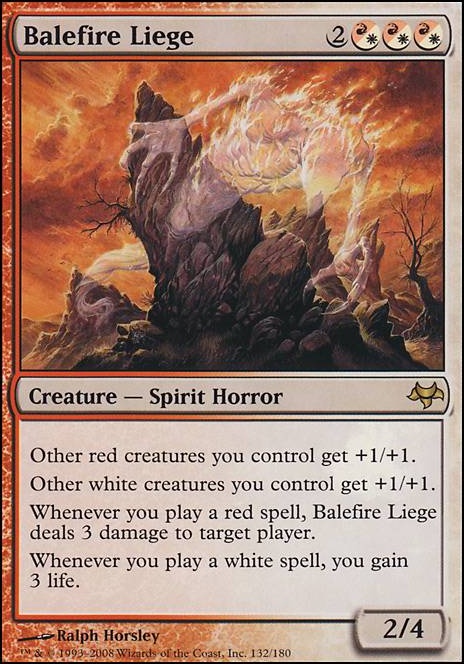 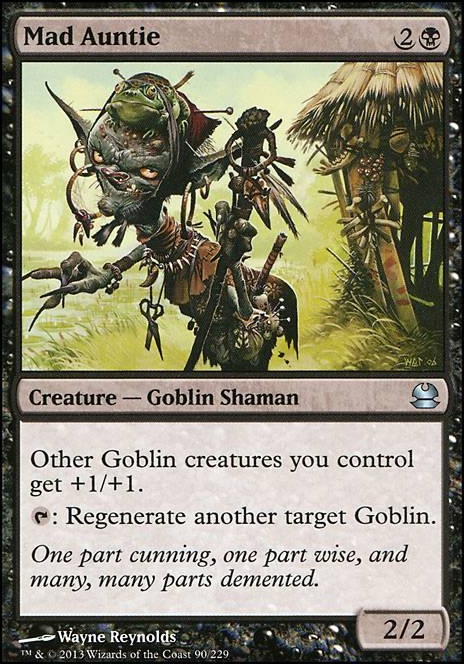 Alesha Jamming out with Nekrogoblikon
by The_Biking_Viking

DemonDragonJ on Blocking a Creature with Double ...

R/W Soldier Creatures - Kalemne, Disciple of Iroas, Iroas's Champion, Hearthfire Hobgoblin Three powerful double strikers and two of which should be includes just since Iroas is your commander. Soltari Guerrillas Personal favorite of mine Lightning bolt on a body, great for removing pesky low toughness creatures with annoying abilities.

Artifacts/Enchantments - Konda's Banner, Herald's Horn, Obelisk of Urd These three are amazing with tribal decks. Sunforger, Legion's Initiative these two can give you responses Sunforger can tutor any of your instants and Legions Inititive can protect you from a board wipe unfortunately tokens will still be lost as they cease to exist when they leave battlefield.

Lands - Replace Sunscorched Desert with Bojuka Bog <- makes colorless in your deck and the ability to exile an opponents graveyard is a powerful ability.

Sorcery/Instants - Ghostway, Faith's Reward, Eerie Interlude cards to prevent you from losing creatures due to a boardwipe, these can also be tutored if you decide to add the Sunforger to your deck.

Awesome, but I don't know if you're allowed to run the Hearthfire Hobgoblin in a mono colored deck since its boros mana. Also Goblin Lackey is a must have.

Hey there I noticed your deck here after scanning through decks similar to one I was editing.

I noticed a card while a doing a little research and basically my question is would it be worth it to play Consul's Lieutenant instead of Hearthfire Hobgoblin?

I know you want more white mana symbols for the chroma effect on Springjack Shepherd but I just feel Consul's Lieutenant is good enough to replace one or two of the Hearthfire Hobgoblin. I love the double strike on a 2/2 but the 2/1 for 2 plus first strike Renown 1 and a great renown effect for a wide swing win con!

Bulldawg1310 on Help me build a deck

easy build, get a typical gobs tribal, ya know with lords and pumpers all that jazz, plus youll need Goblin Grenades Goblin Guides. throw in some Hearthfire Hobgoblin, then you can add a Boros Reckoner as a strong beatdown agent, and for spice. then you fill it with bolts, and Lightning Helix and ya got yourself a kick ass boros goblins deck my friend! happy playing!