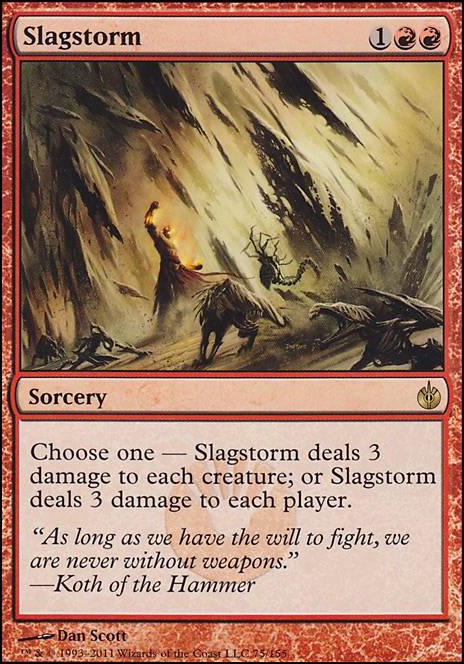 Slagstorm occurrence in decks from the last year

Comboless Syr Carah Storm (To keep your friends)
by draconic997

BlackSirius on R/G Combo No One Seems ...

That mythic is incredibly powerful. Even just getting two or three of those emblems online is powerful, but a elemental safe Anger of the Gods / Sweltering Suns / Slagstorm and a Burn from Within too is amazing.