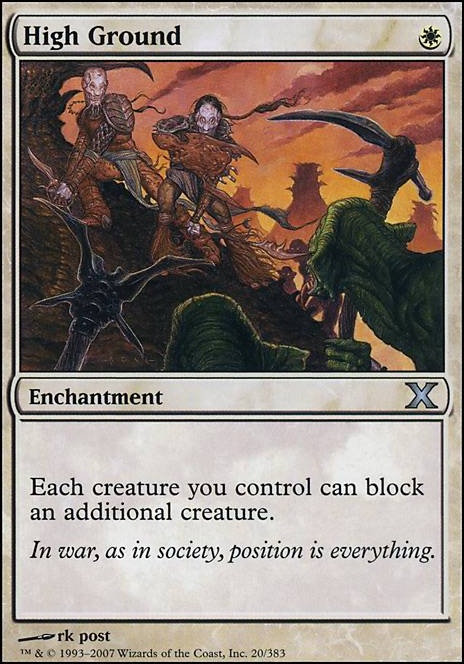 StopShot on Test me: $10 Decklists

Make a Voltron style deck using Kaalia, Zenith Seeker as the commander. Angels, Dragons and Demons are not necessary. I want her vigilance to be utilized for defensive purposes too like adding cards such as High Ground . Thanks!

Brimaz - Rise of an Empire

Thank you chadsansing for the suggestions! I always love having another point of view when I craft decks!

Thank you again for the new ideas that you added up, it truly helps!

The best way to improve this deck would probably be to take out a lot of the low impact cards, like:

Ritual of Rejuvenation (one shot, doesn't really do much)

Valor Made Real (if you want this effect, get an enchantment that does a similar thing, like High Ground, Brave the Sands, or a creature with this ability, like Palace Guard or Guardian of the Gateless)

Cards I would consider adding that are still pretty budget:

Soul's Attendant (since you have Warden)

Flip are great in EDH.

Wretched Confluence has a lot of good modes and is an instant.

Sacred Mesa is good in a slow, grindy deck like this to keep chumping or eventually fly over for victory

Pentacorp's Peace Be With You

In this type of playstyle, I like Goldenglow Moth. With Entangler or High Ground and Mother of Runes or some way of reducing damage, this card is pretty fun to play -not to mention to look at.

My problem with building and playing edh so far is getting a focus or 2 to play around and plan for. I put some interesting interactions, like kiki jiki and wall of omens, and others, but I'm still not entirely used to the fact that there are usually consistency issues in edh.

This is so cool! What's the flip side of your commander?

I know they're not walls, but Brave the Sands, Defensive Formation, High Ground, or a Shielded by Faith + Entangler combo?