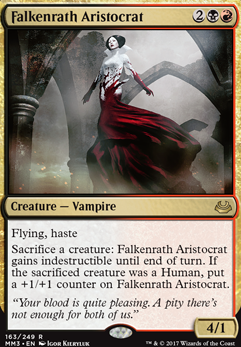 Falkenrath Aristocrat occurrence in decks from the last year

Marchesa the Cheesy Winner
by Zargast

Marchesa, the Black Rose
by JCarr110

Tymmy! And the Lords of the Underworld
by cgannon 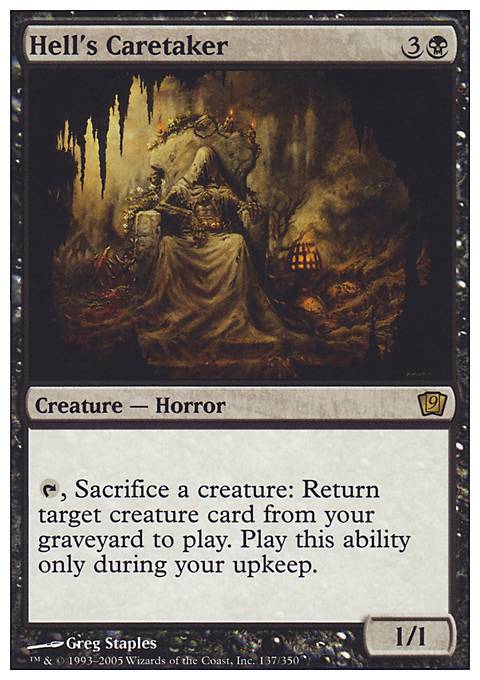 The Queen of Aristocrats.

I'll try to break things down by category. Spark Double needs a spot in the deck asap. Copy Marchesa for double Dethrone, the copies protect one another, and the copy immediately protects itself.

I personally LOVE Yahenni in Edgar EDH. Yahenni and Falkenrath Aristocrat are incredible beaters with no shortage of creatures ready to die for them. They may be pricy in mana but they're stupidly aggressive here.

Ok, I have a few suggestions for you. I also run Marchesa but it's more of an oppresive etb/death trigger abuse with a side of aggro.

First suggestion isn't really a suggestion lol. Spark Double copies Marchesa for double Dethrone, the copies protect one another, and the copy enters already protected. Get it in here asap... thank me later. Herald of Secret Streams falls into this category of 'not a suggestion' too lol.

Boardwipes: 3 opponents can play stuff faster than you can steal it sometimes. Blasphemous Act , Last One Standing , and Jokulhaups are really good budget friendly options. Fire Covenant is better in competitive metas with lots of small utilty creatures.

Sac Outlets: Goblin Bombardment is hard for some colors to get rid of. Yahenni, Undying Partisan and Falkenrath Aristocrat both have haste so they get an immediate counter and they protect themselves.

I'm sure there's several other options I'm missing... feel free to check out my list for ideas. It's one of the top rated Marchesa lists on this site. Upvotes on any of my decks are appreciated. Every Masochist Needs a Marchesa To Love Them

As a tribal list which gets incidentally hated out, its never going to be tier 1 competitive, but you can cover for a multitude of sins with hand disruption and planning.

Cordial and aristocrat really like 1 drop vamps. Gatekeeper/bloodline like a more midrange style, sometimes with drana to back it up.

If your meta has a lot of burn and decks you can race, go for the 1 drop lifelink vamps route, hit fast and pack a sideboard that hates out the most common combos. It will get hurt hard by midrange/control, but can crush the right meta.

If your meta has a lot of midrange, there is a 'grind the game out' style with bloodline keeper, premium removal, and cards that offer a lot of value like Gifted Aetherborn . The battle is that its diffucult to run tribal 'midrange' without Aether Vial , which is super expensive.

Mono black is light on artifact/enchantment removal, which is why players tend to diversify into other colours.

Green for Hardened Scales might never be as strong as artifact lists, but is more resistant to hate while access to key removal like trophy or decay covers its biggest weaknesses. In addition, Collected Company substantially improves the speed you can drop creatures on the board, while Shapers' Sanctuary helps patch up value matchups.

Red gives access to a bunch of weird innstrad stuff, lords and discard strategies. The venerable flying brick Falkenrath Aristocrat is seen less now due to the meta's speed. It also answers Ensnaring Bridge which is useful.

If you are seriously looking at playing vampire tribal, look at porting to pioneer (if there is a playerbase). All its key cards are in the format, and the lack of fetches/vial is likely to make the format slow enough for tribal lists to run well. Wait for the first wave of bans and see what it looks like.

This is an interesting list. It reminds me of some of my older Cartel Aristocrat / Mortician Beetle / Pawn of Ulamog lists.

Depending on how competitive you want to be there are a few options, and a few powerful directions. Cabal Therapist is notable in being powerful hand disruption- other aristocrats cover various options, from the venerable flying brick Falkenrath Aristocrat to my pet pick Spawning Pit . Indulgent Aristocrat and vampire/human dual tribal is a fairly strong choice.

Powerful card advantage options are out there in Priest of Forgotten Gods / Dark Prophecy // Grim Haruspex / Midnight Reaper even to the point of enabling Zombie Infestation storm wins.

For a more aggressive gameplan hand disruption, even the humble Duress will offer a lot- dodging board wipes is valuable. Plan your sideboard too- it will help a lot to know that you have a plan for burn or artifacts, almost no matter what it is. Just keep an eye on your curve and remember the number of modern games being decided in turns 1-4 by aggro and combo lists.

Thanks for the suggestions. Metallic Mimic has been sitting in my awful wizards deck for months now, I never thought of it going in here, but it really helps. Especially with the majority of the creature cards being wizards, same goes for Vindictive Lich , so thank you!

Now that I think about it, Yahenni, Undying Partisan really is a cheaper, and to some extent, better version of Grimgrin, Corpse-Born , so that definitely got put in. I would be hesitant to put in Falkenrath Aristocrat due to my CMC being quite high already (I know Razaketh, the Foulblooded has a high CMC, but he tutors and I cracked him while opening a pack so I feel obligated to use him! Shhhh!) And I would love to put Yawgmoth, Thran Physician but for now I'll leave him out, though I will probably always contemplate it!

Both Midnight Reaper and Grim Haruspex work better than River Kelpie for death/ETB based draw.

I feel like if I run Jokulhaups my playgroup will disown me. At some point Last One Standing will probably replace Killing Wave .

Thanks again for the suggestions, I really appreciate the feedback, and I definitely up-voted your Marchesa deck!