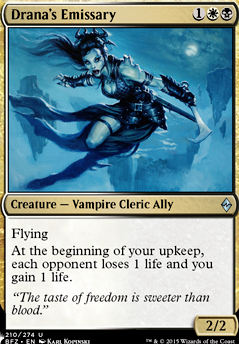 At the beginning of your upkeep, each opponent loses 1 life and you gain 1 life.

Drana's Emissary occurrence in decks from the last year

Vito your life
by hammersmoke 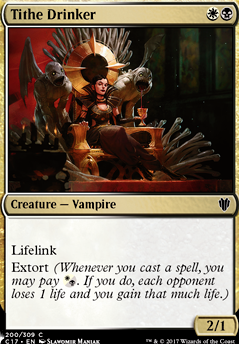 Update - I added Vizkopa Guildmage and took out Drana's Emissary