Metalcraft - Ardent Recruit gets +2/+2 as long as you control three or more artifacts. Nahiri the Harbinger of the Vrooming End
by LugDugFug 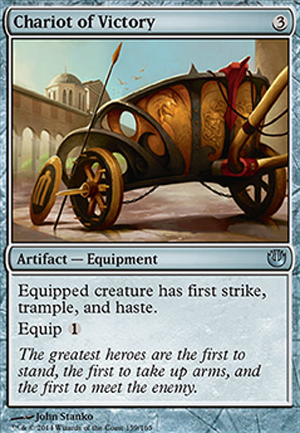 I made a very similar deck to this but instead of banking on tempered I used small creatures like Toolcraft Exemplar or Ardent Recruit to become big threats on turn two. (Frankly thatâs almost better than a goyf.) I can forward the list if need be.