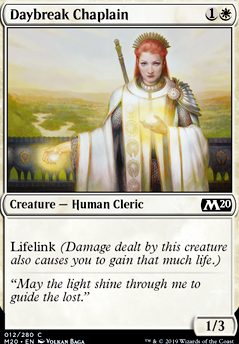 Living the Royal Life
by Magicmax2015 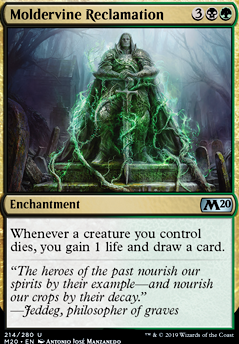 Hellos and welcome back to Magic. Charming Prince and Consecrate / Consume could add some nice flexibility. Dawn of Hope can add some nice card draw for you. Gideon Blackblade and Linden, the Steadfast Queen could do some work here. Kaya's Wrath feels like a board wipe that would fit this deck. Severed Strands could also work as some decent removal here. Vampire of the Dire Moon will probably work better as a blocker than Daybreak Chaplain . Hope this helps.

Check out Bishop of Wings . Replace Savannah Sage or Daybreak Chaplain if you like it. Dawn of Hope is also a very good white deck card. I also recommend some 1 cmc drops. Not sure what would be a good fit for your deck though. Healer's Hawk maybe?