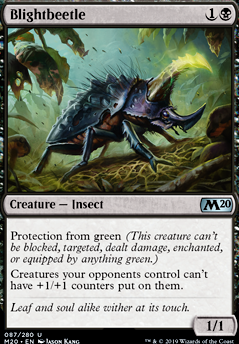 Protection from green (This creature can't be dealt damage, enchanted, equipped, blocked or targeted by anything green. Anything green attached to this creature immediately falls off.)

Creatures your opponents control can't have +1/+1 counters put on them.

Karlov of the Ghost Council CMDR
by ZorKi

Better bring bugspray for this one 2.0
by Rekram 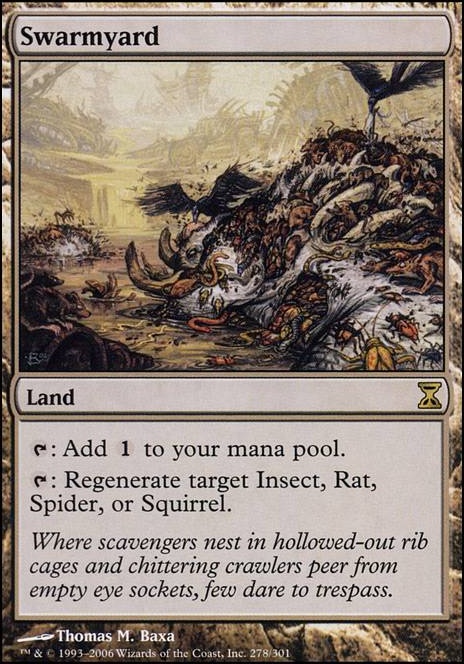 libraryjoy, here's the new setup. I took a lot of your advice, but I'm not sure if I should take out a few cards that I felt I should keep to add more mana. Maybe either Retreat to Hagra , Blightbeetle , or the two Epic Downfall because I was thinking of adding maybe one or two Nykthos, Shrine to Nyx . Please, let me know what you think about that. I think the reason I can see Erebos working is cuz I can use that to draw more cards if I'm not getting the right stuff, so then I can just speed up the process. I'm definitely going to have to get Phyrexian Arena , especially if I'm using Gary.

Alright. I did take out the following cards Bellowing Aegisaur , Blightbeetle , Bold Plagiarist , and Dark Impostor .

I have replaced them with the following cards: Kalitas, Traitor of Ghet , Hangarback Walker , Walking Ballista , and Myriad Construct . Next time I play commander, I'll test these cards out and see how they do. Thanks for all the great suggestions everyone!

Blightbeetle might suit your deck well. Could prevent you from dealing with some super buffed creatures.