I had a friend who wanted to play commander with the cash he had in his pocket, so I decided alright, time to build a $20 budget commander deck. I figured I'd build it on here to get any help needed.

This colorful build is a mono-black control deck, styled to play removal.dek while advancing the board, this enables the pilot to play cards rather indiscriminately, and with cards like Kothophed, we get loads of card draw.

The prices displayed for this deck are skewed with the market price on tcgplayer you can easily find this deck for $20 OR LESS! 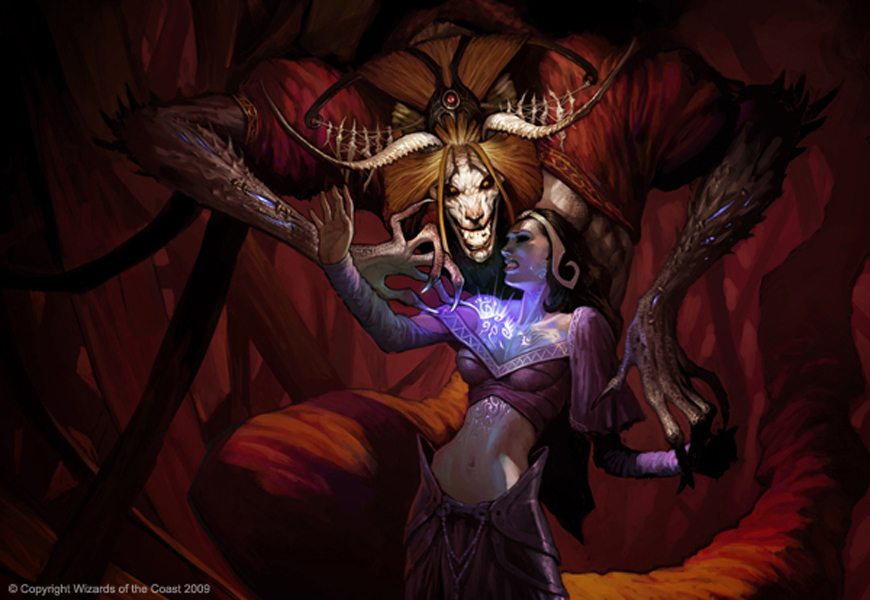 Deathgreeter: Deathgreeter is a one drop that works with most of our deck as cute little Demon's Horn for removal spells and whatnot. He also can counteract the life loss from Kothophed.

Innocent Blood: On this ship, EVERYBODY DIES! Innocent blood works well if you are facing a voltron deck or anything that like what it plays.

Phyrexian Reclamation: Did you lose your creature? No Worries! Just pay 2 and 2 life and their back in your hand! By far the best one drop in this deck. Dusk Legion Zealot: A 2 drop that cycles, Zealot gives a 1/1 body while helping us cycle through the deck.

Blood Artist: Whenever something dies, you gain life and someone else loses.

Asylum Visitor: A hellbent Phyrexian Arena on a 3/1 body, visitor can serve as card draw in the midgame where we might not have as many cards in our hand, and also works if an opponent has a similar issue.

Malicious Affliction & Victim of Night: Both are 2cmc removal spells that kill a lot of things. Great in a deck where we benefit from removal. (Affliction can even be a 2 for 1!)

Night's Whisper & Sign in Blood: The classic pay 2 draw 2. Great for turn 2 plays and getting cards in your hand. 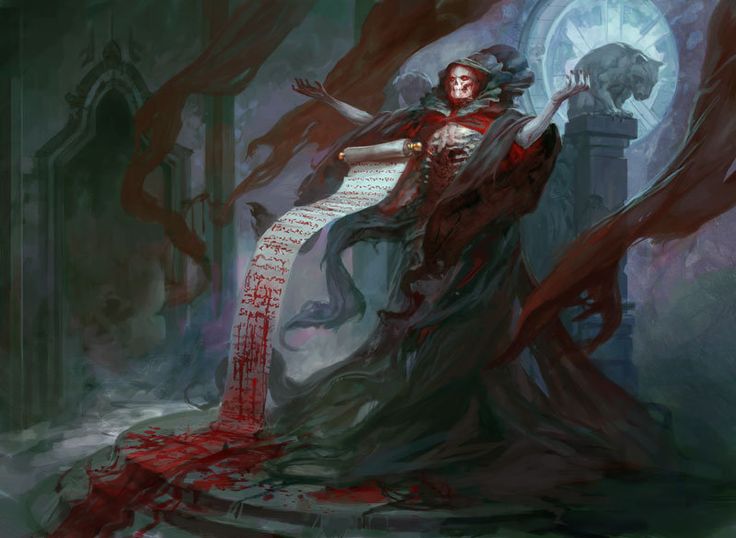 Fleshbag Marauder: Basically another copy of Innocent Blood, marauder often kills itself, but is great at slowing down enemy boards.

Vampire Nighthawk: Keyword soup is always good, and being able to kill threats makes this 2/3 superb.

Murder & Rend Flesh: Our two 3cmc removal spells that kill basically everything we need them too.

Read the Bones: Digging through potentially 4 cards is pretty good at 3 mana in commander.

Underworld Connections: We turn a land into a Phyrexian Arena but we don't have to lose life if we don't want to every turn.

Bontu's Monument: Making our creatures cost less was already good, but being able to drain life makes this card even better. Gonti, Lord of Luxury: What's more fun then playing your own deck? Getting to play someone else's at the same time! Gonti is great with recursion and deathtouch makes him a wall against many threats.

Magus of the Abyss: Players will need to decide what needs to die, and we get to benefit by playing some cards that are just fine being put into the yard once we've played them.

Ravenous Chupacabra: A Nekrataal with no restrictions that kills something upon entering the battlefield.

Bonehoard: We like killing things in this deck, and bonehoard rewards us by pumping up our creatures into solid threats. This is especially strong on a big flyer (Like Kothophed)

Squelching Leeches: Our manabase makes this card more a decent 4 drop that should be at least a 4/4 when it drops.

Barter in Blood: It's like Innocent Blood, except more cmc and more powerful.

Diabolic Tutor: The 4 cmc tutor for whatever you want.

Lashwrithe: The Living Nightmare Lash, this card comes down as a decent beater and becomes very good when coupled with something like Vampire Nighthawk.

Nevinyrral's Disk: blows up everything, including pesky artifacts and enchantments we can't deal with otherwise. Bloodgift Demon: Someone is going to draw a card during your upkeep, it's just probably going to be you. We get a decent beater with our Phyrexian Arena.

Gilt-Leaf Winnower: Being able kill a great number of creatures while giving us a decent body makes this 5 drop excellent.

Shriekmaw: A sorcery speed Terror at 2 cmc, or being a 3/2 with Terror and evasion at 5 cmc makes the maw an excellent addition.

Crux of Fate: You can either hose the dragon tribal player, or you can kill everything else, your choice.

Puppeteer Clique: For 5 mana, you get to reanimate something, attack with it. and then when clique dies, do it all over again!

Revel in Riches: a 5cmc card that fits our theme perfectly, we get to play something in black that can ramps us, and rewards us for killing things. (On top of it all, we can win the game with this card!)

Razaketh's Rite: Played mostly for budget, Rite is a 5cmc tutor that can cycle in a pinch if we need to get something without paying a ton of mana for it.

Kothophed, Soul Hoarder: Our commander has synergy with basically everything in the deck. Our removal spells turn into cycling kill engines, and our creatures become far more effective with him on the battlefield.

Demon of Dark Schemes: Massacre Wurm WOULD be fun to play in this deck, but this card is also very, very fun. The main reason why we play it is because not only does it fly, but we get reanimator shenanigans and can hose all small creatures.

Extinguish All Hope: Unless you are facing Constellation tribal, this card should kill basically everything.

Argentum Armor: Played mostly for budget, Argentum Armor allows us to deal with anything we normally would not be able to stop (Things like lands and enchantments)

Nightmare: The good old play swamps get rewarded flyer that can become a very big creature.

Nefarox, Overlord of Grixis: We attack alone and kill things on a big bodied flyer.

Ever After: We can recur two big nasty creatures for 6 mana. I honestly think this card could be swapped out, but recursion is recursion. 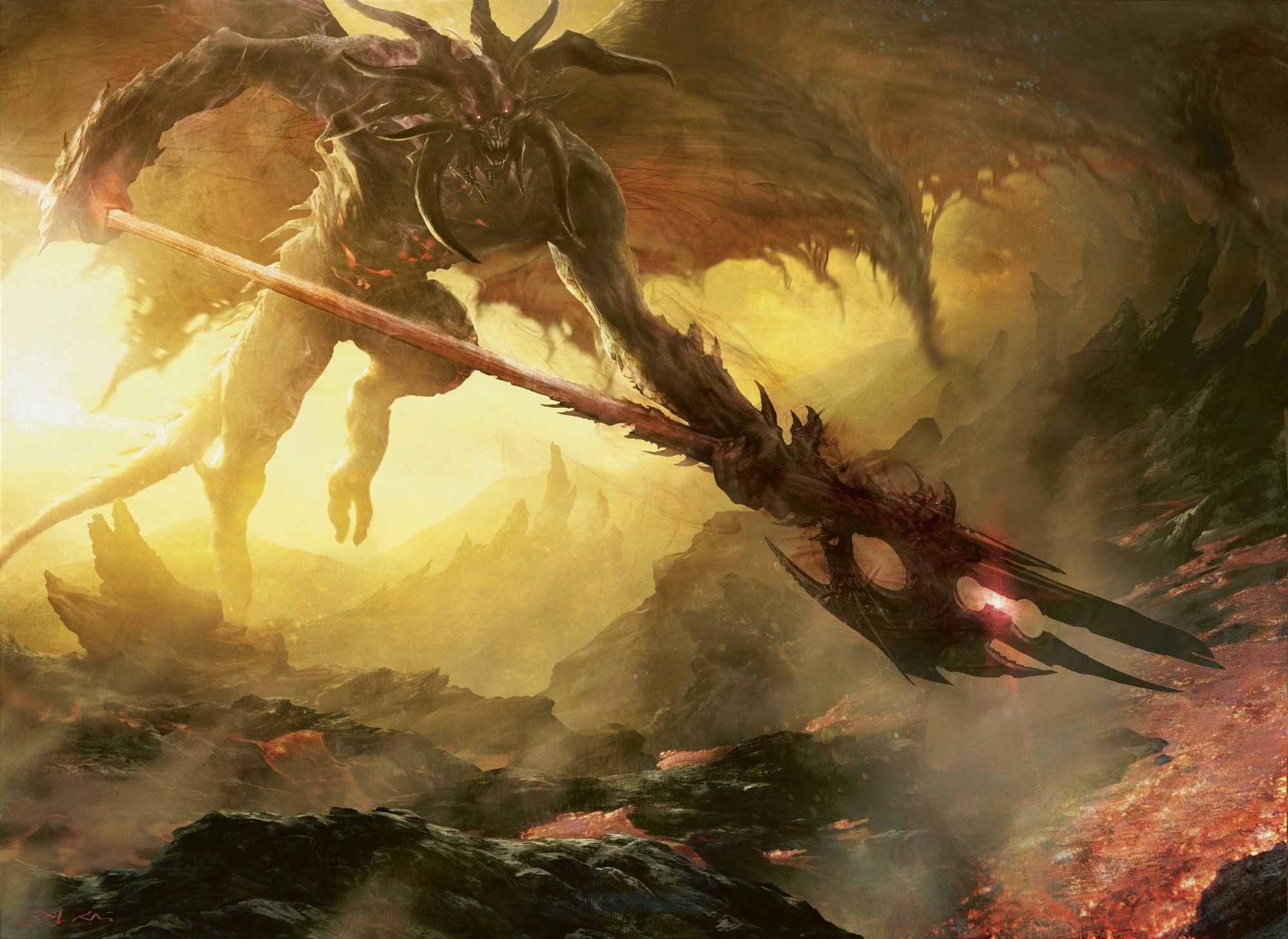 Deathbringer Regent: We can wrath the board even if it is decently small thanks to the multiplayer nature of commander.

Necromantic Selection: A wrath that we get to take something when we use it.

Overseer of the Damned: The most expensive card money wise in the deck, Overseer kills something when it enters, generates an army of zombies, and has very strong synergy with the rest of the deck.

Pestilence Demon: If you ever attached a Loxodon Warhammer to this card, your going to have a good time. Pestilence demon is fatty that can kill small boards and raise hell on our enemies.

Reiver Demon: A one-sided boardwipe that can give us free reign to attack our opponents. 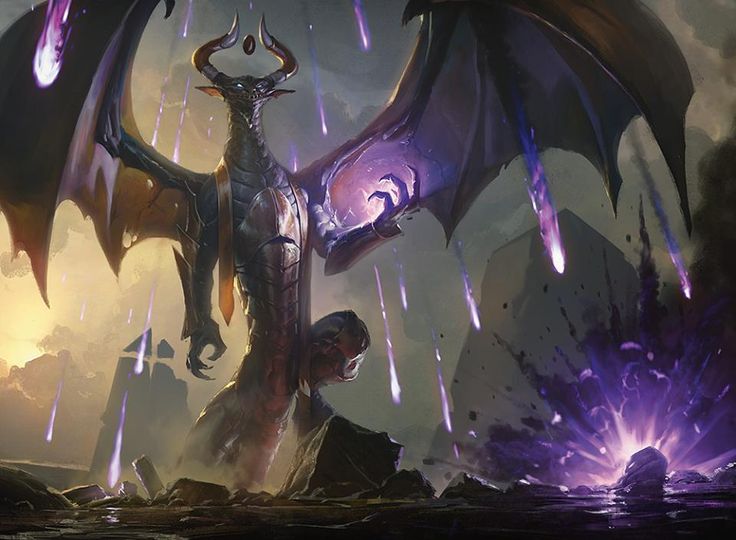 There are a legion's worth of cards you could play in this deck, and as such replacements for some are difficult, but just going off of general goodstuff for black, here are some options.

My first upgrade to your manabase is to play Reliquary Tower, as this deck can sometimes draw tons of cards, and we'd like to keep what we draw.

Other options for the manabase are the 4 versions of cabal coffers you can play: Cabal Coffers, Vesuva, Thespian's Stage, Deserted Temple. You can also play Nykthos, Shrine to Nyx, Bojuka Bog, Maze of Ith, Wasteland, Strip Mine, Dust Bowl, Tectonic Edge, Cabal Stronghold.

The lands above often can be great for utlity and whatnot. If you find yourself playing a decent section(more than 5) you will probably want to play Urborg, Tomb of Yawgmoth.

Whip of Erebos and Exsanguinate are you best options if you want more lifegain.

Demonic Tutor, Sidisi, Undead Vizier, Sheoldred, Whispering One, Grave Titan, Erebos, God of the Dead, Contamination, Necropotence... There are loads of amazing cards you could play in this deck, just look them up online. As for straight upgrades.

These are cards I would consider over the cards in the board.

Playing something like Dark Confidant or Phyrexian Arena over Asylum Visitor if you want more consistent draw.

Massacre Wurm over Demon of Dark Schemes (If you want to, both cards are sweet)

Crypt Ghast over Magus of the Abyss.

Rune-Scarred Demon over Patron of the Nezumi.

Damnation over Extinguish All Hope

If you liked this deck, be sure to give an upvote! The more upvotes this deck gets, the more likely people will see it!

If you have suggestions, be sure to keep in mind that this deck is meant to be around $20, and is going to stay there; so please don't suggest Cabal Coffers or something of the sort.

If you want to check out more budget commander, along with my many more builds and brews be sure to check them out at my profile @ Sargeras.