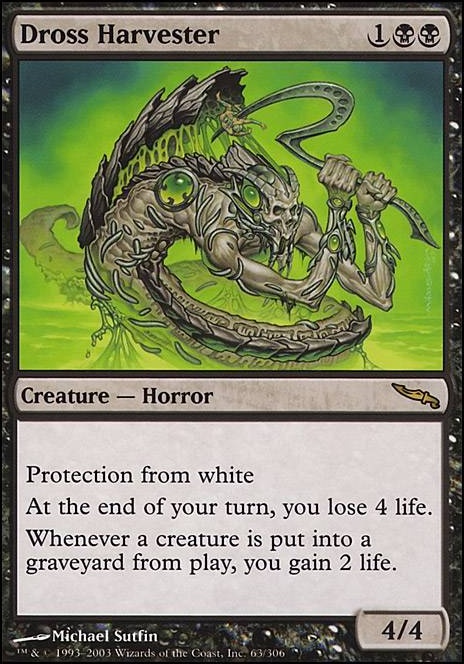 At the end of your turn, you lose 4 life.

Whenever a creature is put into a graveyard from play, you gain 2 life. 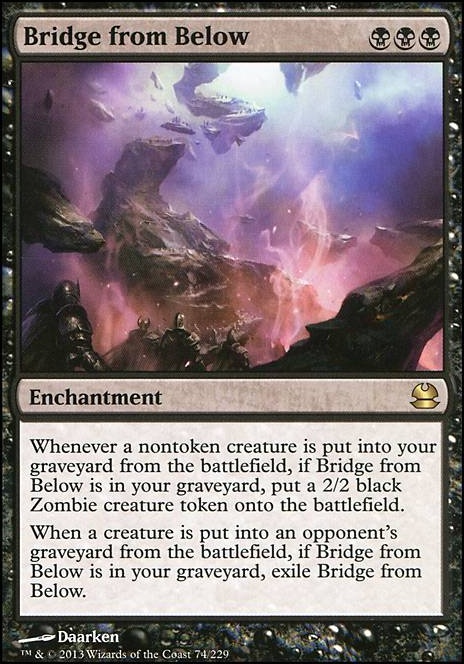 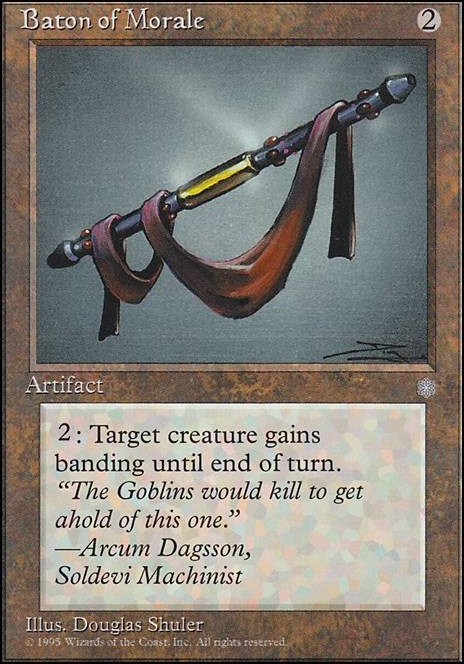 A Deck to Make Prodigal Sorcerer Proud
by rangab7 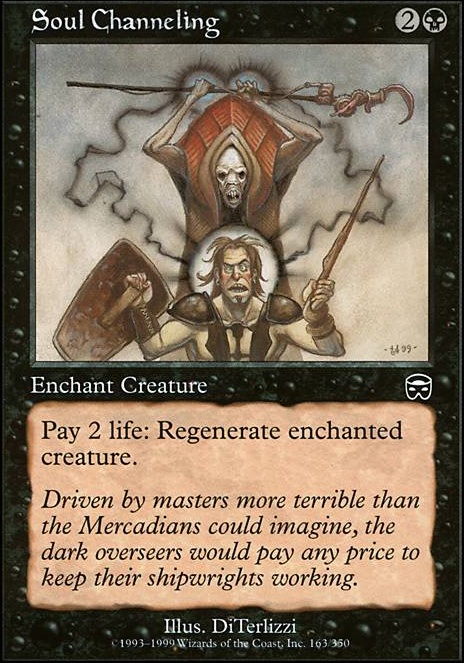 Hmm... the only clear cuts I would make are

Dross Harvester might be better than Deathgreeter , as well. Sacrificing 3 creatures with Teysa out gains you 6 life with Deathgreeter and 12-4=8 life with Harvester. Though since their cmcs are different and I don't really have a grasp of how fast EDH is it's hard for me to say without testing.

You could maybe play some Morbid cards like Skirsdag High Priest , but that's all I can really say. Most of the card choices here look solid to me. I'll list a few cards that you don't have in the maybeboard: Ajani's Last Stand , Ashes of the Abhorrent , Demon of Dark Schemes , Kaya's Guile , Dictate of Erebos , Dross Harvester , Massacre Girl , Ogre Slumlord .

Of those, I think Skirsdag High Priest , Dross Harvester , and Ogre Slumlord are the best/most fun.

Agent of Erebos fair enough, build to your meta.

You may find that other cards like Deadeye Tracker give you a bit more utility though. card draw and giving itself counters are nice upsides.

My main concern with the Cephalid Constable is that you don't really have any ways to give him evasion, so actually dealing combat damage to get the trigger seems somewhat difficult.

Patron of the Vein If you need the grave hate then I suppose, but CMC6 is fairly high up there for this. You might be better served with a lower CMC method of dealing with this issue, especially where creature removal is fairly easy to come by with cards like Plaguecrafter Fleshbag Marauder Grave Pact and hundreds of black removal spells. Withered Wretch might be a better option in some ways, and Kalitas, Traitor of Ghet is definitely a better bang for your buck.

instead of Dross Harvester you may want something you have a bit more control over such as Wurmcoil Engine or Basilisk Collar that way you can directly manage your life total rather than letting it change by happenstance. not to mention that wurmcoil is extremely good when you can repeatedly sacrifice it.

Agent of Erebos is repeatable ETB grave hate - I have a lot of graveyard recursion in my meta, and the ability to repeatedly exile the graveyard of the multiple Muldrotha, Meren, and Tasigur decks I face prompted the addition.

Cephalid Constable lets me bounce multiple permanents - as he gets bigger, he bounces more stuff. Grixis has trouble with enchantments specifically. Early on, he can be absolutely crippling, because you can bounce lands. And as a Wizard, it's easy to give him a counter.

Patron of the Vein is not there for Vampire synergy. He's unconditional creature removal on an ETB, he triggers an exile so I get grave hate, and when his exile trigger resolves he puts a +1/+1 counter on himself. This means he takes care of his own counter as long as I'm getting rid of creatures. Any other vampires who get counters are just bonus, and not at all required. I can just loop sacrificing him and letting him ETB again every turn.

Storm the Vault  Flip I agree is likely just winmore. I have a lot of ramp already.

Dross Harvester was mentioned in a Reddit thread as an effective way to get some life back when you dip too low. I agree that it should be cut - I can always test it later if I find myself getting too low on life.

Storm the Vault  Flip Agent of Erebos Cephalid Constable & Dross Harvester seem like odd choices and I'd probably cut them.

Also you only have 4 vampires, so I don't think Patron of the Vein is really worthwhile.