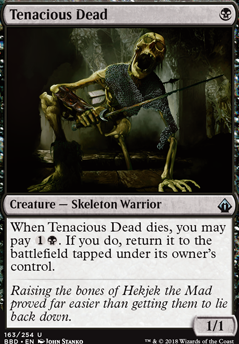 When Tenacious Dead dies, you may pay . If you do, return it to the battlefield tapped under its owner's control. 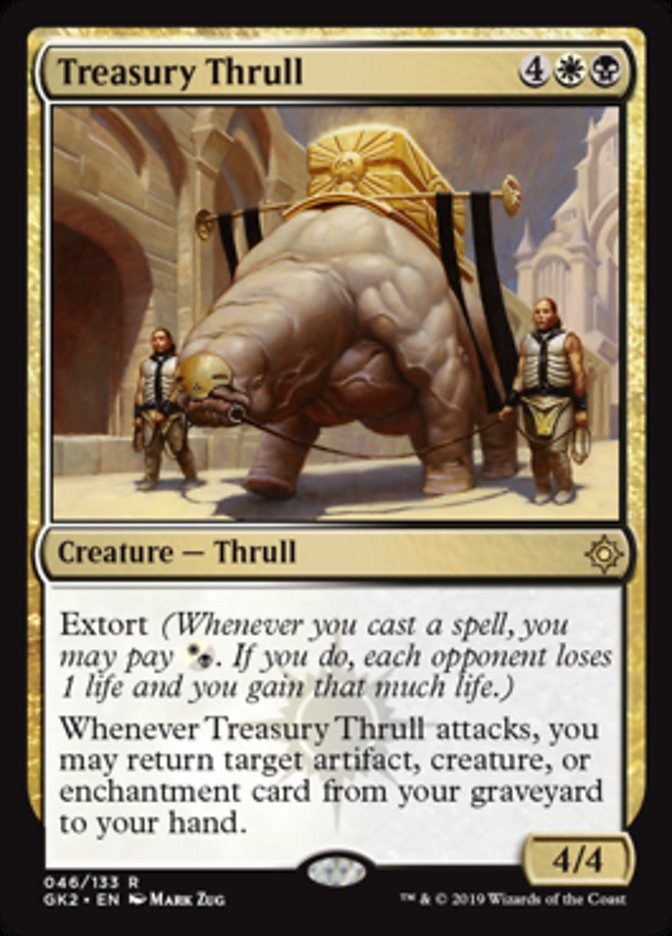 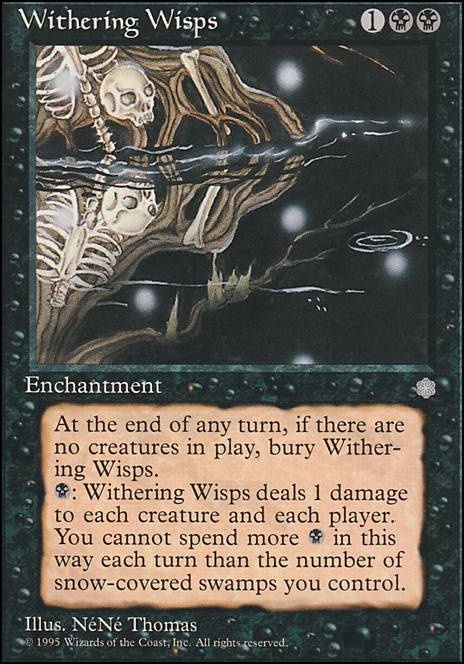 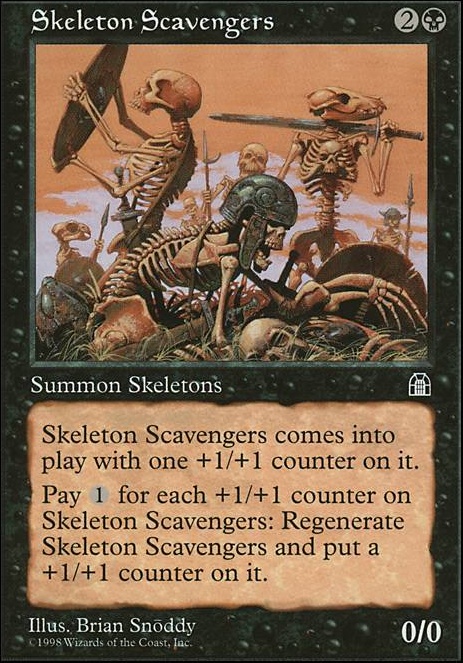 The Bones are Their Money, So are the Wurms
by bigapple3am 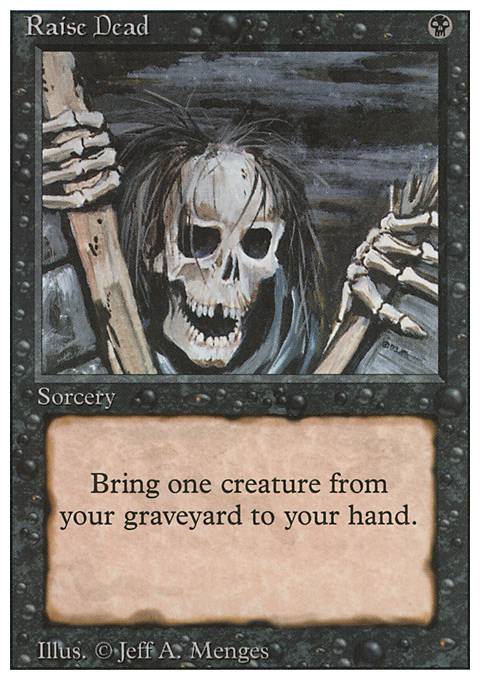 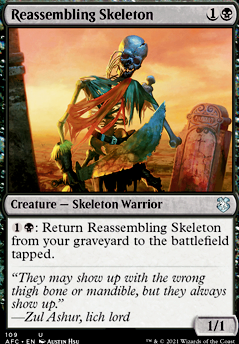 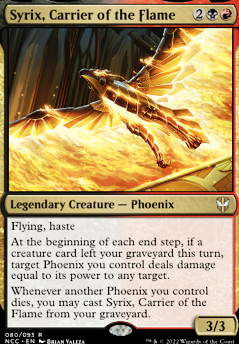 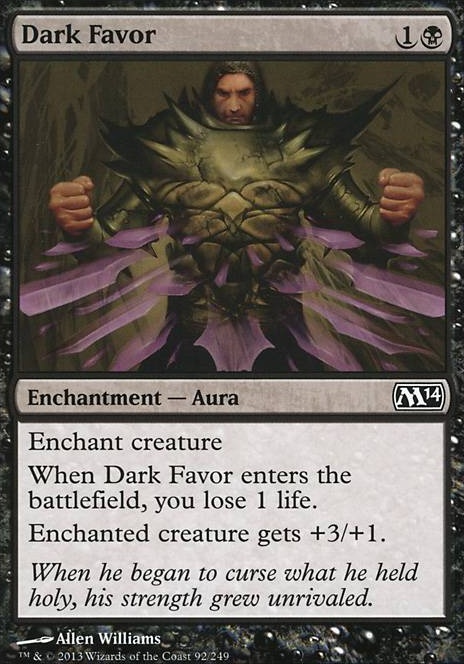 GrimlockVIII I don't play pauper so I can't really speak to that format, but I think the extra 1 mana in it's reanimation ability will prevent it from working it's way into commander decks looking to abuse Reassembling Skeleton combos. The fact that it can't combo with both Phyrexian Altar and Ashnod's Altar really hurts. I think I'd still run Tenacious Dead and Nether Traitor as back up options to Reassembling Skeleton over this new card.

Some removal on theme would be Bone Splinters. Any room for Tenacious Dead?

A secondary theme for the deck could also revolve around Tinybones, Trinket Thief and a few discard spells. +1 though. Cheers!

Thank you both for the suggestions! Sorry for the delayed response.

carpecanum : Tenacious Dead could work, though not a big fan of the recast condition. I'll try it a bit. Ninjas sounded interesting but there doesn't seem like there's any good ninjas that'll fit in the deck. I think Breeding Pit is a too mana hungry for this deck.

RNR_Gaming : Untappers are usually strong but I don't think they'll fit well in this build. I only have three creatures with a tap ability so it'll feel bad if Ayara dies too much.

Any black ninjas would enter the field then you could recast the creature they ninjitsu'd off of.