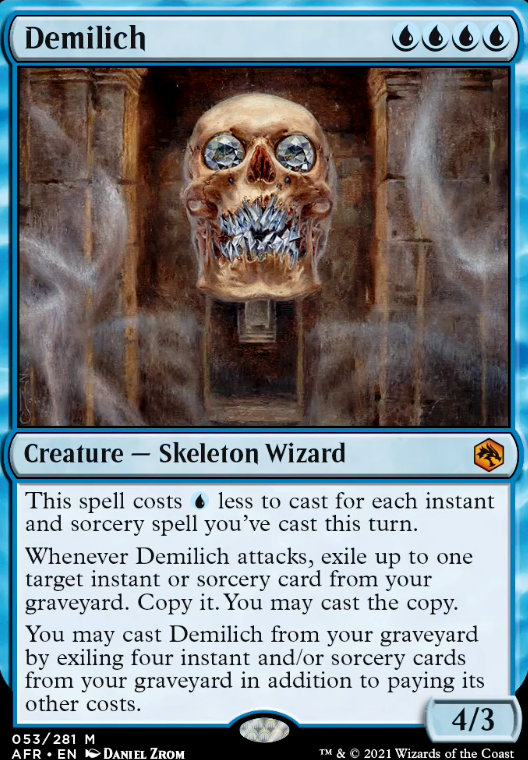 Adventures in the Forgotten Cube
by DandZ_Productions

The Show Must Go On (Veyran) Casual
by RC27 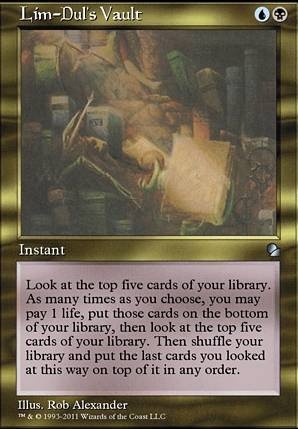 How has Archmage's Charm been as a 4-of, with such high mana cost and color intensity? Seems a little too hard to cast for what it does imo.

Also--Demilich exists as another Phoenix, have you considered giving it a go?

What do you think of Murktide Regent? I think he is a lot faster than Iymrith, Desert Doom and costs only two Mana in the best case. He also profits from any Card leaving your Graveyard from Demilich.

I think he could speed everything a little bit up.

amerika00- both of those innistrad creatures are excellent suggestions, and i think a deck like this wants somewhere around 15 creatures so definitely room for more.

Demilich is awesome, tho i think it is kind of at odds with a counterspell-heavy strategy (strange for a quadruple blue card). It's probably best in a deck with more cantrips & other proactive instants/sorceries so you can play it for cheap and make use of the attack trigger consistently.

Spectral Adversary, maybe Poppet Stitcher Â Flip, Suspicious Stowaway Â Flip can all be considered. Agree with ChrisHansonBiomancin, the Spirit is also a worthwile inclusion. I personally made my version of this deck with Demilich, although it very well might be too slow. I would also consider adding at least a few more lands, yes you have Silundi Vision in the deck but with tempo you need to hit your land-drops or it's not going to come together.