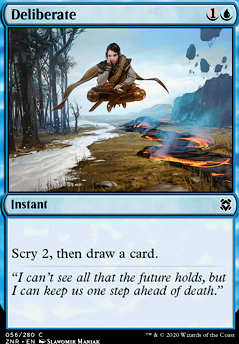 Life Gain Brings Death to Everyone
by 2010SailorMoon 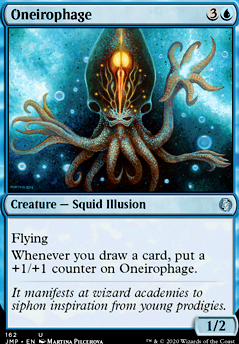 I'm guessing the addition Multiple Choice over something simple like Opt or Deliberate is because it's less of a dead flip with Kefnet? Mode 2 & 3 just seem so underwhelming.

Has Cavalier of Gales overperformed in your experience? It seems kind of expensive for a non-Instant/Sorcery value card. I also feel like cutting Wasteland , your only land hate as far as I can tell, is risky. I'm guessing you got Hall of Oracles for commander damage support, so I'd suggesting undoing the Wasteland/Hall swap and instead cut the Cavalier in favor of Runechanter's Pike again

Resculpt is obviously a thing

40 clicks to get through the Victory screen

It's probably the same deck! The only real difference is the inclusion of the draw spells, mainly See the Truth , and Deliberate over Thrill of Possibility .

I got the list from someone I played in the play queue on Arena, then made a few edits like Deliberate > Thrill (you don't really need help discarding Open). They probably got it from LVD, if I had to guess.

Hey man I am currently testing a version of this kind of deck.

I would suggest maybe removing Tome Raider for Omen of the Sea or Deliberate if you have either.

Shark Typhoon can also fit very well in these decks if you have any.

If you have any Fae of Wishes they allow you to turn your sideboard into a more situational washboard, basically giving you a 75 card deck.

I was wondering if you thought about using any of these; Impulse, Quiet Speculation, Deliberate, Careful Study,Tolarian Winds .

Into the Story seems like an excellent late game card, but might slow down play early on. Glacial Grasp could replace 1, or 2 Into the Story.

Confounding Conundrum is very much a side-deck card. It is not likely that most of your opponents will be drawing and playing an extra land per turn. I like the idea of Keep Safe to counter your opponents effects that could slow you down, while drawing cards to trigger Teferi's Tutelage.

Merfolk Secretkeeper relies on effects that return it to your hand so that you can replay Venture Deeper and Merfolk Windrobber also seems like a rather weak and situational card. I like the idea of cards like Facet Reader and Teferi's Protege to trigger extra card draws and extra mill from Teferi's Tutelage.

Other cards that I would consider (and maybe put in a side-board) are Chilling Trap, Deliberate and Field Research