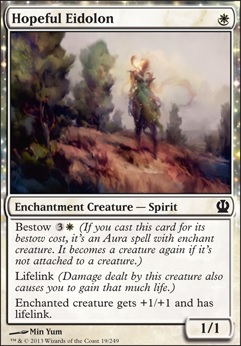 Bestow 3W (If you cast this card for its bestow cost, it's an Aura spell with enchant creature. It becomes a creature again if it's not attached to a creature. 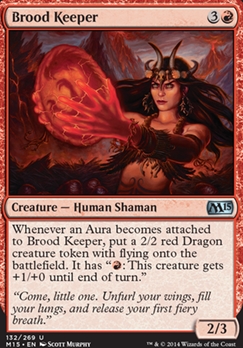 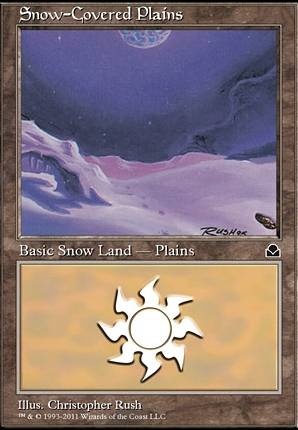 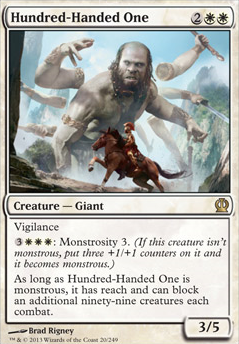 This is a bananas pile for a ridiculously fun format. Kudos and an upvote.

Hopeful Eidolon is one of my favorites and i think if for sure has a place in this deck.

Way too many one-ofs, and no real focus.

Try this: Decide which 4 cards you really like seeing on your opening hand, and get a full set of each of these. Remove other cards that are similar, but at higher cost.

Also, to be brutally honest, a lot of the cards are very low powered, even by casual standards. Just consider cards like Duress or Gatekeeper of Malakir... both are budget-friendly options, and you've included neither of them. Silvercoat Lion is a 2/2 for 2 mana - that is (problems with mana colors aside) the same as gatekeeper. Which do you think is better?

A card like Azorius Arrester could be funny - if you built your deck around small, aggressive creatures and disruption to let them attack without too much interference. But then one of the next cards on the list is Hopeful Eidolon, which is a card that wants you to cast spells at it. Sure, you have some bestow-spells, but mostly they are way too expensive in mana compared to cost, and you don't have much else heroic to justify the extra expense. All in all, you could remove everything heroic and bestow, and up the numbers of small and aggressive creatures, for a better deck.

Land... there are so many kinds of dual colored land in modern, and it's really useful to have those.

Hey, GoblinsBeatElves! I do prefer Emerge Unscathed over Brave the Elements simply because Brave doesn't target and thus doesn't trigger Heroic while Emerge triggers it twice. That's 4 (most likely unblockable) damage on a Fabled Hero on my following turn. Also, I don't think it saves my creatures from board wipes. But I'm not sure about that, to be honest. I like Kor Spiritdancer. Maybe that'll be my replacement for Hopeful Eidolon.

Thanks a lot for your suggestions!