Marath, Will of the Wild enters the battlefield with a number of +1/+1 counters on it equal to the amount of mana spent to cast it. 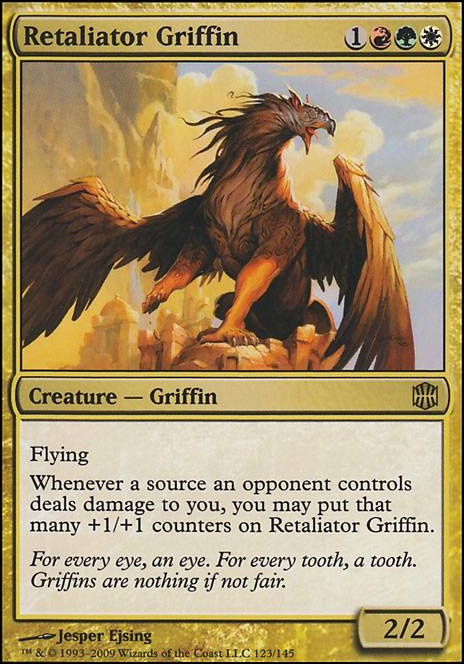 Combo off u donut
by ilikeyoucutg_agressiveyelling

Marath, Will of the Wild Discussion

Reznorboy on Gruul In cEDH?

So, I recently played against a Kinnan, Bonder Prodigy deck with my Yisan, the Wanderer Bard deck and ended up feeling very triggered when they won turn 4. I understand that everyone is trying to win, but I digress.

I then wondered if switching to a disruptive deck (rather than my adaptive one) could help.

Now obviously, I could play something like Baral, Chief of Compliance, but that just doesn't seem to have... the oomph I'm looking for. It needs to be a bit more... diabolical for my tastes.

And by that, I mean, rather than countering everything, blowing up lands, artifacts, creatures, enchantments, so much so, that winning is not the priority, but making that person trying to win turn 4 suffer.

I would assume Gruul would be perfect for this, however, there are currently no good (at least not competitive) Gruul commanders.

So, my question is, what would you all recommend?

Maybe Marath, Will of the Wild? Thrasios, Triton Hero

and Vial Smasher the Fierce?

I think those cards are amazing for comboing out and going infinite in cEDH. I generally dont want to go infinite in this brew because I have 2 other infinite combo decks in Marath, Will of the Wild and Sisay, Weatherlight Captain.

this deck mainly wants to interact with any opposing deck and have varied games in my goofy meta.

Could you explain the Marath, Will of the Wild + Zirda, the Dawnwaker combo a little further?

Zirda reduces the cost, so you can choose =3, only have to pay generic mana, but it still removes three +1/+1 counters from Marath; killing it

Why are there red cards in this deck and why is Marath, Will of the Wild the commander?

I'm definitely no Deck Lord, but this looks fun, so why not?

Favorite Formats: Legacy, Modern and Commander. I started with Legacy, but no one plays it where I live anymore, and I've been having fun with Modern. I'm extremely new at Commander, but it's been a good time so far!

Favorite Deck: Right now it's my Solaria deck. The first deck I ever built was a Splicer deck meant to create a lot of Golems, and this deck succeeds where that one failed. It creates lots of tokens, places lots of counters, digs fast and responds well, probably my best deck yet.

Favorite Commander: Marath, Will of the Wild. I like making tokens and adding +1/+1 counters. Marath does both very well. He also pulls his weight as spot removal, and the more you use him, the better he gets.

Favorite Color: Green, in real life and in Magic. i love plopping big creatures, or building up my creatures until they can match big creatures. There's no better way to win a game of Magic than by having your army of creatures trample over theirs. Next is white, then red, then blue, then black. I don't hate black, I just don't use it much. My newest Commander deck has a ton of black in it, but I haven't had the chance to play it yet.

Favorite Guild: Selesnya. Given my earlier answers, I'm sure that's no surprise. Simic would be my second pick.

Favorite Shard: Naya. Although I've had a ton of fun building my Grixis Marchesa Commander deck.

Favorite Wedge: Never played with one, but Temur resonates the most with me on paper.

Card that best represents you: Titan Forge. An army of 9/9 Golems? Yes please! This was the first card I ever "broke" putting out one of its tokens for 3 mana a turn on both my opponent's and my turn, and it felt gooood. Not a competitive card at all, but super fun to play, and strong if built around correctly (probably).

Hobbies Outside of Magic: I love reading Manga, Manwha, Manhua, Light Novels, Web Comics, you name it. So much good content, so little time.

Tell us about your life outside of TappedOut: Not much to tell. I work at a grocery store, spend most of my time either reading or with family, and occasionally find my way to the LGS.

How did you come up with your username? - The first forum I ever joined was about baseball, so I used my nickname (my real name is Isaac) and added on the number of my favorite player, Tony Gwynn. Now whenever I join somewhere online, I always try to use this username.

What first appealed to you about Magic? - Deck building. I love the creative aspect, the puzzle solving aspect, and the sense of accomplishment you get when a deck you designed works the way you wanted it to. Even when I take a break from playing Magic, I'm always thinking of brews.

Why is Magic important to you now? - It's one of the few things that gets me out and about, and it's still fun after all these years!

What are your thoughts on the current metagame (any format)? - Modern looks ripe for a shakeup. There's a lot of good decks, hopefully Thassa's Oracle won't homogenize it like it has with cEDH.

Are there any cards or strategies you feel overcentralize the metagame? - Oops, jumped ahead and answered already. But yeah, not currently, but worried about Thassa's Oracle.

How do you deal with a dominant new deck, card, and/or player in your pod? - Good question, hasn't come up for me yet.

What is your approach to deckbuilding? - I start with a few cards that work well together, and try to figure out how best to exploit them. As the deck takes shape, I look to either boost strengths, or shore up weaknesses. There's always Opportunity Cost, so I keep looking for cards that are flexible enough to fulfill multiple functions in the deck, especially ones that still work without the card(s) they were specifically put in to help. This process is very iterative, and my deck will go through many forms before it's "done" ( it never really is).

Share with us some of your favorite decks by others on TappedOut you feel are underappreciated/underrated. - Atraxa, Planeswalkers' Voice Really cool build with lots of counters! Just my style.

Are there any future releases youâre looking forward to? Why or why not? - Lots of cool Commander products this year, it's perfect timing as I'm trying to get into the format this year.