Dictate of the Twin Gods 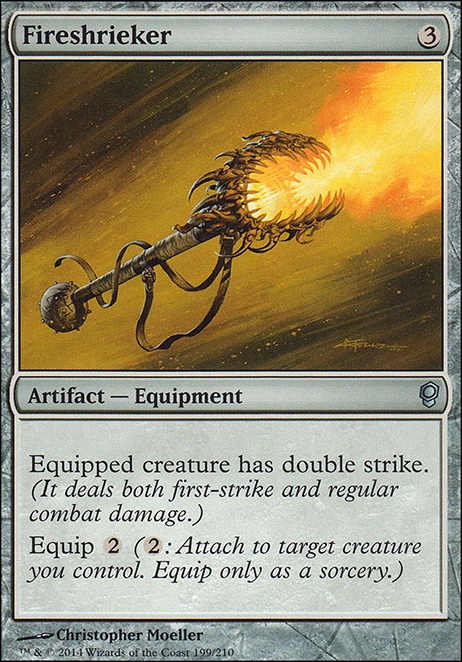 Dictate of the Twin Gods Discussion

TypicalTimmy on What's the Most Epic Art?

Just the climax of disaster. The exact second that all hell is unleashed.

Looks like a great build! Not that you have to change anything really, but if it were my deck I would make these swaps:

Sweet brew! I really like the idea of Chandra tribal. Not sure if these suggestions will gel with the deck but they crossed my mind while looking at your list: Sunbird's Invocation to help speed up board state and casting things, Tectonic Instability and Price of Glory for some additional land hate, and any of the double-damagers Gratuitous Violence, Dictate of the Twin Gods, or Furnace of Rath.

How do you find the deck to play against other decks?

I haven't been able to test my Torbran deck in person yet but I'll give a few of the ideas that I had for my deck. My idea was to play stuff like Immolation Shaman , Harsh Mentor and Manabarbs to punish players for using their cards. I added Furnace of Rath and Dictate of the Twin Gods to make for some explosive turns. I like to make my decks a little more enchantment based because enchantment removal is a little less common in my meta. I also don't blame you if you don't like my tactics because my playgroup says I brew my decks with "Maximum Salt Levels." Feel free to check out my deck or send me a message if you have any other questions I might be able to answer. Good Luck!!