All permanents are enchantments in addition to their other types.

Enchanted Evening occurrence in decks from the last year 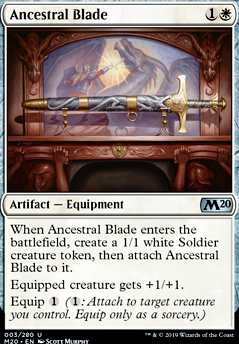 I don't really understand why you're running Enchanted Evening, you only have one other card that combos with it in the deck, Archon of Sun's Grace, but you didn't even mention the combo in your primer so idk if it's in your main strategy. while Enchanted Evening is good with your enchantment creatures like Eidolon of Blossoms,Setessan Champion, and Destiny Spinner, I'd recommend adding in cards like Cleansing Meditation, Serra's Sanctum (if you can afford it), or Sphere of Safety. Otherwise, I'd probably cut it for something a little more in tune with your main strategy if I were you. cool deck overall!

So, here's the thing. I play an enchantment theme deck on EDH and I use cards like Enchanted Evening and Arbiter of the Ideal. The (-3) of Calix, Destiny's Hand let me exile a creature or enchantment, so here is my question.

If I use his (-3) and target a creature my opponent controls and choose my land that has become a enchantment, but later that game the player destroyed my Enchanted Evening. Doing it so, my permanents will not be enchantments anymore, so what happens with the target that I exiled ? It will go back to the field?

Also you should check out Diplomatic Immunity and Archon of Sun's Grace. I switched Ajani's Chosen out of my Tuvasa list for the Archon.

If you want some more control/pillow enchantments, check out Equipoise and Kismet

If you really want to be a dick, you can mass land destruction with Enchanted Evening + Opalescence. I've considered it as a win-con in my Tuvasa list, but also wanted to avoid all the salt that could come with it. Enchanted Evening also goes infinite with Archon of Sun's Grace and/or Ajani's Chosen.