Partner with Shabraz, the Skyshark (When this creature enters the battlefield, target player may put Shabraz into their hand from their library, then shuffle.)

Whenever you discard a card, put a +1/+1 counter on Brallin, Skyshark Rider and it deals 1 damage to each opponent.

Brallin, Skyshark Rider occurrence in decks from the last year The Wheel of Sharks
by Solumin

Rielle, Making It Rain
by legacy444 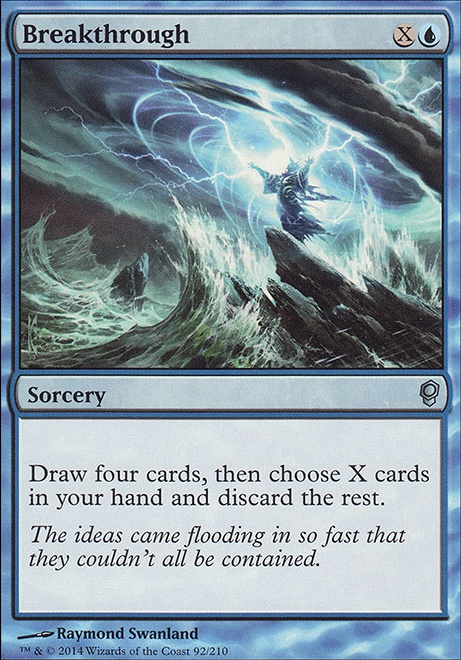 Rielle, the Deck Killer
by ElectroSpecter

Rielle - Spinning the Wheel
by fidgit9

Good call on Tortured Existence . I love that card, and I don't know how I didn't think to put it in my Anje build. Just added it. I like your build here. I'm still tweaking mine. I'm going to throw in Brallin, Skyshark Rider Â Flip as another wincon.

Feather, the Reedemed go a pinger/slinger version instead of voltron equipment strategy

Mizzix of the Izmagnus buyback, NO deck or storm deck options

So I built a cycle deck Cycle the deck, and destroy everyone based around Brallin, Skyshark Rider Â Flip and Shabraz, the Skyshark. TBH mostly because a sharkbird is the best card to come out of magic EVER. but now I want this to be a polished deck, any help is wonderful

Curse of the Cabal suspend it out early then hit them again from the graveyard. Especially mean after a boardwipe.

Reins of Power can take out two aggro decks at once. Play your turn then swap armies with one guy to attack another guy.

Cool Deck, Brallin, Skyshark Rider Â Flip / Glint-Horn Buccaneer + Chandra's Spitfire + A Wheel will delete someone. The spitfire is already getting 19 power from a Faithless Looting effect and your commander and is getting 9x7 power from a Wheel with 3 opponents.

Gravitational Shift and or Bubble Matrix

Brallin, Skyshark Rider Â Flip if you go full discard, right now half your cards put your hand on the bottom of your deck.

Do you get much use out of Ashnod's Altar? I don't see a real mana sink for all that colorless mana except Folio of Fancies. If you want more big mana then Mana Echoes just dropped in price.