, Sacrifice a land: Return World Breaker from your graveyard to your hand. ( represents colourless mana.)

World Breaker occurrence in decks from the last year 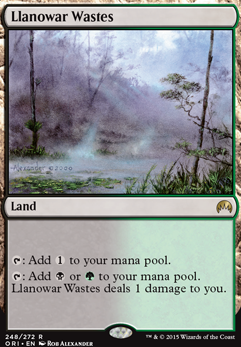 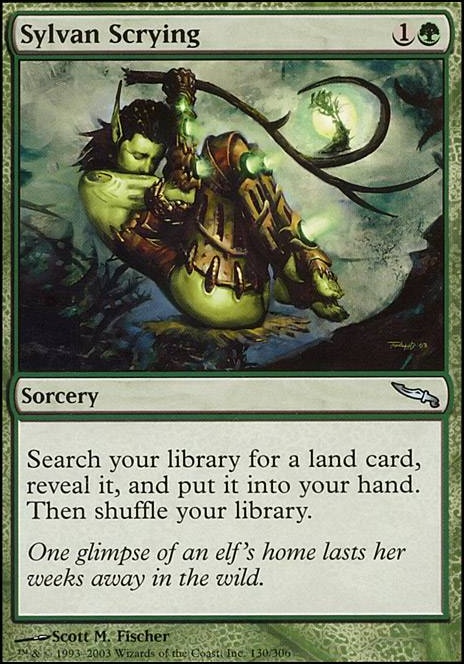 If you're gonna use Naturalize, i would suggest swapping it for Unravel the Aether for dealing with those pesky theros gods, also tucking is almost always better than destroying with the amount of broken recursion engines running around in EDH. For the same reason, World Breaker is really solid. Also with the amount of fighting you might like Vigor. The last two cards have a bit higher price tag so maybe they don't fit. Really nice budget list though, always good to see some love for less-popular mono green commanders.

You might have better luck mainboarding another threat instead of the Thragtusk. Maybe a World Breaker or something. The Thragtusk is great in the burn/aggro matchup but not that great against a lot of other decks. Def worth keeping in the sideboard tho.

I goldfished it for a while and I have to disagree about your land count. I think you should actually go up to 24 lands. The reason is that your curve is set at 4 - Hedron Archive and Mystic Forge are what makes the deck go off. Once you hit that four mana the deck feels like gas, it's super powerful. Given this I think you want to play a 2 drop that makes mana so you have four mana on turn three. Sadly the only colorless option in Pioneer is Hedron Crawler, but I think it does a reasonable enough job.

I'd be tempted to go down the Spatial Contortions, just because this deck is great at going over the top so mediocre removal doesn't seem necessary. Also, could it be worth splashing a colour to play devoid cards? Walker of the Wastes seems a bit underpowered, ususally it'll be a 5 mana 6/6 or 7/7 with trample. You could play World Breaker which still works with Ugin and Mystic forge, switch a few Wastes for Forests (which you can fetch with Fabled Passage), and drop the Shrine of the Forsaken Gods for Hashep Oasis. Shrine of the Forsaken Gods is rarely going to produce more than one mana, and even when it does you already have seven lands! With no big daddy Eldrazi why do you need that much mana?

Anyway, that's my two cents. Have an upvote!

Deadpoo111, does it look like Dig is a huge issue in Pioneer? Idk what the meta's like where you play but it looks like really not a lot of decks are running it- it's not what I'd call a format-warping card. Craterhoof is an interesting suggestion, though, and it makes a lot of sense to me. After all, it is like 90% of the combos in green that don't include Flash.

xtechnetia I think that breach is fine, but your observation about inverter is very interesting, and I am now riveted to see what WotC does. Once Upon a Time may be an issue as it relates to titan decks, it may even be an issue in Tron, but saying that Tron doesn't historically use green is inaccurate. Ancient Stirrings is a mainstay and Sylvan Scrying and World Breaker each slot into the occasional brew.

I, for one, don't know about any bannings in Pioneer. It's a pretty diverse format. If WotC wants combos out, then they're gonna ban Heliod, Sun-Crowned or Inverter of Truth. If they're trying to increase diversity, Thoughtseize gets the hammer (it's in EVERY black deck- and why shouldn't it be?).

As for modern, if anything, it's either Once Upon a Time or some other piece of amulet titan.

First off, I'm glad you like the deck. Second, as to your questions:

The only infect would be Triumph of the Hordes. Its all you would need.

As for eldrazi, I like World Breaker, Void Winnower and Kozilek, the Great Distortion

Provides great removal and can shut everyone out of my turn.