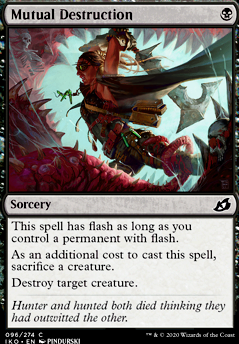 This spell has flash as long as you control a permanent with flash. 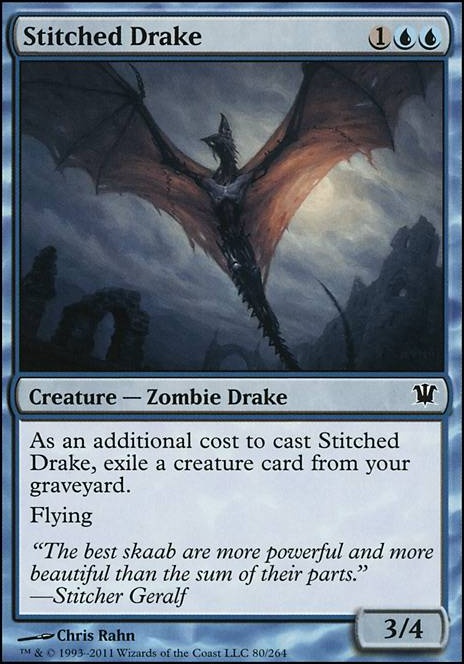 I don't think Mutual Destruction is a bad choice here, but seeing as the only synergy it has is Dictate of Erebos , you could probably do better. Bone Shards is more versatile, Attrition can have more uses, or Flesh Allergy can actually kill someone with enough death triggers. just food for thought.

I don't really know of many good flash cards in UB, but you could try Vendilion Clique ? kind of expensive though

Mutual Destruction does have that flash ability, but in my opinion a bone splinters type card really doesn't fit this deck at all. I'd just drop it for 4x Fatal Push .

Also Counterspell instead of Spell Syphon .

Notably, you can play Sea Gate Stormcaller and sacrifice it to Mutual Destruction to kill two creatures that your opponent(s) control.

I_Want_To_PlayAllTheDecks on Can I copy a Mutual â¦