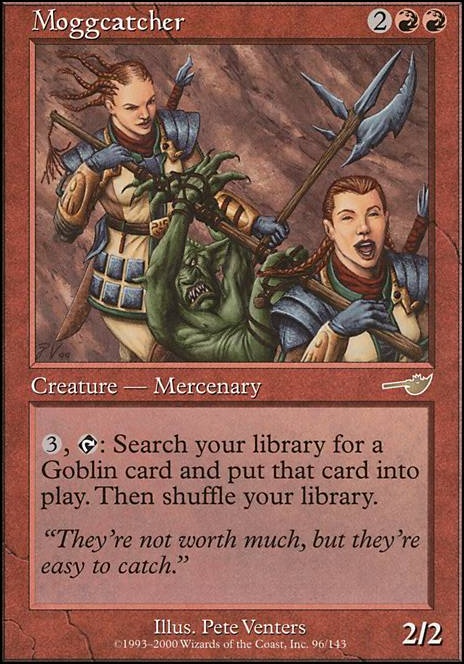 (3), Tap: Search your library for a Goblin permanent card and put that card into play. Then shuffle your library. 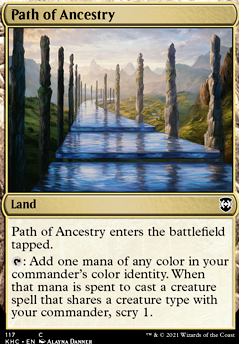 The Strongest Family In Magic || Krenko [PRIMER]
by MortenT

I did some more thinking and I can imagine trying out something like this:

And then in the future probably:

Goblin Recruiter is another great Goblin-search card since you can use him to snag any # of Goblins. He's a bit more on the expensive side for a Single, but he'd be an awesome fit here. Moggcatcher is another good one, but again on the slightly expensive side since he was never reprinted. His ability tosses Goblins right from the Library to Play though, so depending on your normal Win Conditions for the deck he might actually do better for you (especially with some of those 4 and 5-mana Goblins in there)