Scatter the Seeds occurrence in decks from the last year 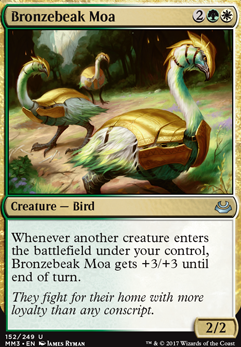 Hey Miggsy, my suggestions are:

I hope that this helped you,

Thunderfoot Baloth is a budget alternative to Craterhoof especially since Slimefoot is a low mana cost Commander who you want in play as much as possible; Thunderfoot could replace Primeval Protector. Eternal Witness is now a budget card, she's definitely a staple for green in Commander and she could replace Skullwinder.

Diabolic Intent could replace Dark Petition, less mana and good with the aristocrat strategy a few dollars more, but worth it. Fierce Empath is a great budget creature tutor for green especially when playing Avenger and Regal; it could replace Wild Beastmaster. Plaguecrafter is a upgraded Freshbag Marauder. Overgrown Tomb is a better land for this deck than Blooming Marsh because it interacts with Farseek, Lore, Wood Elves or Skyshroud. Blooming doesn't and Tomb is about the same price as Blooming.

Mycon, Deathspore, Psychotrope are tribal Saproling/Fungi sac outlets who give you good value when you sac a Sap. They can also make a 1/1 Sap by removing three counters from them. Krav is a favorite budget card of mine in Commander, with tokens he can get huge and draw a ton of cards. His one cost sac activation is very good for the aristocrat strategy with tokens because you can sac your entire token army with one activation.