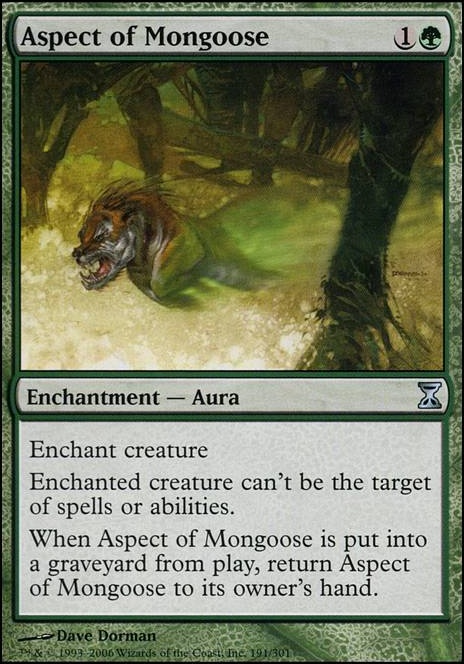 Aspect of Mongoose occurrence in decks from the last year 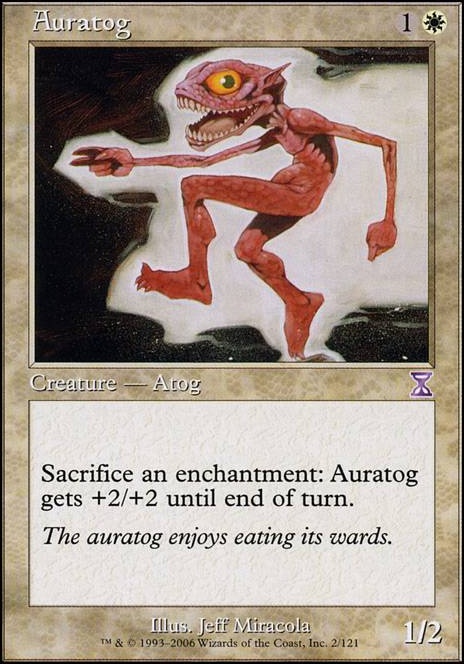 I'd cut Aspect of Mongoose. Hexproof is good here; shroud not so much.

Season of Growth is another good draw spell.

duuude i didnt even know Aspect of Mongoose was even a card.

Den Protector is cheap and pretty worthless after you use the morph. Good sac bait.

Aspect of Mongoose can be cast, sacced, returned to your hand and cast again. Each color has a few enchantments that return to your hand when they hit the graveyard.

Fecundity literally helps your opponents more than you if you are playing multi-player. Same with Nature's Resurgence.

Rashmi is awesome. Love her. Lots of ways to build her, too. Obviously I went in a bit of a gimmicky direction but the value is so strong. In my play I've found that smart opponents destroy her on sight, so protection is at a premium. Counterspells and boots are nice but the inclusion of Aspect of Mongoose has helped. I never mind seeing that card. Broken Fall might even be worth it!