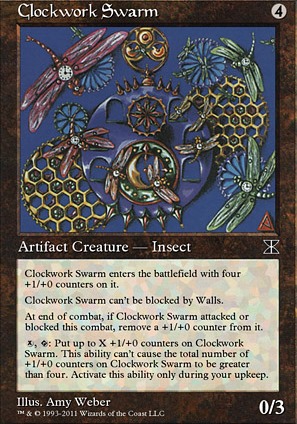 Clockwork Swarm enters the battlefield with four +1/+0 counters on it.

At end of combat, if Clockwork Swarm attacked or blocked this combat, remove a +1/+0 counter from it. 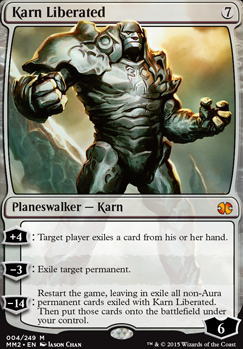 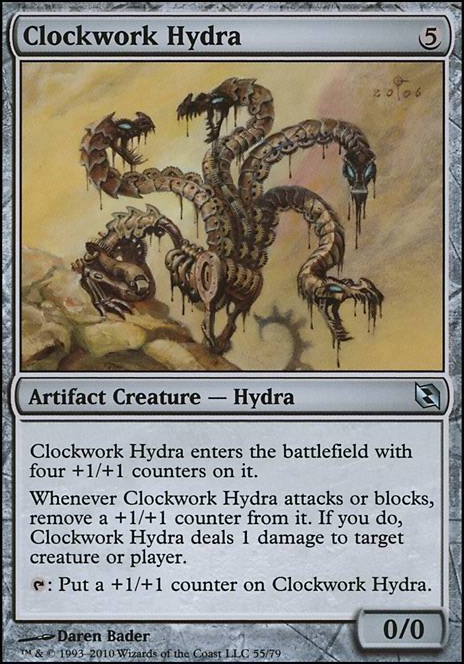 Alesha, who smiles at shiny things
by munky702

I've never heard of clockwork playstyle! I was just referring to the various Clockwork creatures, such as Clockwork Swarm or Clockwork Steed.

I'm mostly here for the latter, but I'm happy to help, too. Having a creature you don't mind being bounced would be an interesting vector - Snapcaster Mage is probably the most obvious example, but I'm not going to pretend there's any universe in which he's a "budget" choice. Something like Mulldrifter or Draining Whelk might do the trick.

The other option isn't very creative, but Delver of Secrets is bound to get results in a deck this spell-heavy. While you'd have to transform him again if he's bounced, he's only one mana so it's not a huge loss.