, Sacrifice a creature: Create a Food token. If the sacrificed creature's toughness was 4 or greater, create two Food tokens instead. (They're artifacts with ", , Sacrifice this artifact: You gain 3 life.") 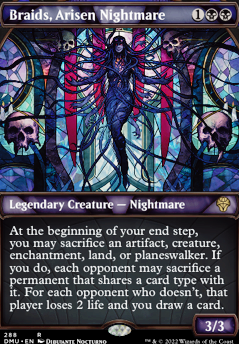 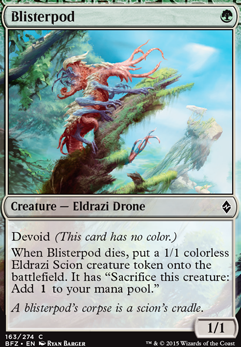 Iâd suggest finding room for 3-4 Unearth here, so you can reliably keep Asmo on-board. I also think you should probably be running a playset of Witch's Oven.

To make room for those, the weak cards in the deck are probably Deadly Dispute and then maybe some copies of Blood Fountain (4 seems like too many).

About to build a aristocrats build if this commander with Cauldron Familiar Witch's Oven and a few other "sticky" things as a base. Is there any new cards you think would synergies with this commander?