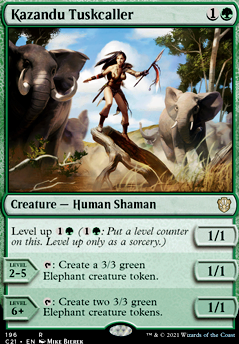 An Exile's Path [Primer]
by brandonplaysmagic 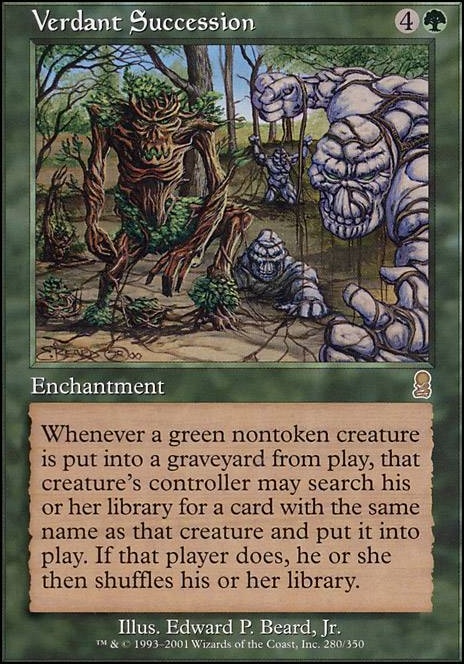 Prava and Tana
by rpmmurphy1204 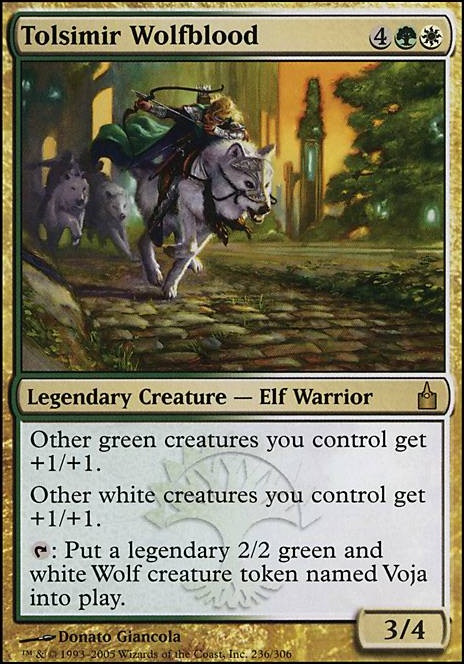 Elemental Mastery seems like it'd be fun here. Put it on something big, make tons of dudes, untap big guy with Samut, make more dudes. Really nice alongside things like Beastmaster Ascension too.

Just throwing this idea out there; would Kazandu Tuskcaller be too slow?

I removed Worldspine Wurm because 15 mana is a lot I don't have a way to trick this card into play. I added Quartzwood Crasher in it's place.

I removed Call of the Conclave for a Helm of the Host. Why make weak centaur tokens when I can make tokens of much more powerful creatures.

VampiricTooter on The crushing multiplayer aspect

Ok I'm gonna start with recommended cuts to look at and then we'll move on to what possible additions could be looked at, and why.

Angel of Jubilation - This is a maybe cut. Its a good anthem effect and its anti-sac effect can be very useful. However due to being a token deck, we might want to be sacrificing our tokens to do things. So we'll evavluate this again later.

Ant Queen - Another maybe cut. Its a fine token creator, we might just be able to find something thats more efficient. But with some of the other things we'll be doing this might be worth keeping.

Geist-Honored Monk - The one off effect of creating 2 spirits probably isn't worth the slot here. We can find cheaper creatures that have the power and toughness equal to the number of creatures you control if we like that bit.

Jade Mage - Same argument as the Ant Queen really. Though this one doesn't even have a good body to back it up and three mana to make a 1/1 might not be good enough.

Kazandu Tuskcaller - It takes 6 mana to get this guy to the point where he makes 1 3/3 every turn. I think we can do a lot better than this. Its just soooo slow.

Selesnya Guildmage - This one is another maybe. The 4 mana for a 1/1 is rather underwhelming. But the anthem effect is ok.

Thelonite Hermit - Its a lot of mana to get anything out of this guy. It will cost you 8 to get the tokens which seems like a lot even if it is split over multiple turns.

Tukatongue Thallid - As much as we love this guy, the one off effect probably isn't worth his slot. We could do with a couple of other things at 1 mana.

Worldspine Wurm - I love this guy too, but its a lot of mana and he only makes the tokens on death. Seen as we want the tokens sooner rather than later so we can duplicate them with Rhys etc, we might want something that makes the 5/5s quicker. But we could keep this guy for the big guy turn sideways plan.

Cathars' Crusade - I despise keeping track of the board state that this thing creates. Though the effect is actually really powerful and should be in. I put it in the same boat as Coat of Arms. The "Oh Good God, you're on your own just tell me how much your attacking for" boat.

Growing Ranks - I'm never exactly a fan of cards which only trigger in your upkeep like this as they can feel so slow when you play them on your turn, then 3 other peoples turns go by, then you get your first activation. Especially when it only copies one guy.

Leyline of Vitality - While all the effects on this card are fine. I think we could just do better than this. The toughness buff is unlikely to save our creatures from a wrath effect, and the life effect we can find for cheaper. The chance of triggering the Leyline start in play is so low in EDH its probably worth discounting.

Sigil of the Empty Throne - We'll keep an eye on this one. Good card if we have enough Enchantments to reliably trigger it. But bad if we don't. So we'll check out count afterwards.

Verdant Embrace - I think this is expensive, but the effect could be great to stick on something and let it go. This one is more of a maybe.

Storm Herd - Very expensive card. In fact is the 2nd most expensive card in the deck behind Worldspine Wurm. The effect is cool, but we need to see if its worth the mana.

Moonsilver Spear - another card I've always wanted to like, but rather slow. If it put the Angel into play attacking then It would be a different story, but it doesn't. This one might be ok to keep, but i'd put it on the short list of things to cut.

First thing i can say on this one is that the deck has no ways really of stopping your opponent from doing anything they want to you while you are trying to execute your game plan. Something that is going to happen is that you are going to get all your creatures destroyed. Its the nature of commander. You're also going to get comboed out with some creatures or you're going to have an artifact or creature that completely shuts down what you're trying to do. So you need some more things that will interact with that.

You have a lot of good threats and synergies. But you're going to run out of gas in hand if you don't have something to refill after you've put everything into play. Especially if we get got by a wrath we couldn't stop. So we want a few things that will keep us ticking over when we have a board state. And a few things that might help us get back into it if we get blown out.

We have a few ramp spells in here, but not a lot. We could do with some more if we wwant to be able to reliably get up to 6 mana to start Rhys'ing as soon as possible.

Obviously, there has been some new cards printed since this was updated last so we can get them too :)

Path to Exile Swords to Plowshares - Sometimes you just need that creature gone. An apposing Platinum Angel or Elesh Norn, Grand Cenobite can ruin our day so we will want it gone.

Sundering Growth - In the same way that some creatures ruin us. Some enchantments and artifacts do to. This is the best way to get rid of them for our deck. But some other Naturalize type effects are not a bad idea. Possibly in the form of creatures like Reclamation Sage or instants like Krosan Grip or Beast Within . Aura Mutation Is a specific enchantment removal that makes us guys which might be worth considering

Rootborn Defenses - The Anti Wrath cards. This one is our best option for our deck, and is the cheapest money wise. Dauntless Escort is good too. Then Heroic Intervention is more expensive moneywise and so is Selfless Spirit .

Mentor of the Meek - With the amount of small tokens we will be making, this guy is great.

Huatli, Radiant Champion - Her ultimate does not say 'Non-token'

Shamanic Revelation - This one requires a board presence too. But a lot of green card draw does.

The standard suit of the rampent growth effects will probably do you fine here. Rampant Growth Nature's Lore Farseek Kodama's Reach . Harvest Season might be good for you?

Anointed Procession - Another Parallel Lives, but in white

Divine Visitation - Just read it.... its a bit good

Cryptolith Rite - Lets all of our guys tap for mana

March of the Multitudes - Instant speed make a lot of guys. Very good with our Gaea's Cradle effects.

Shalai, Voice of Plenty - Gives your other things Hexproof and can be used to pump the team with any spare mana you have.

Oviya Pashiri, Sage Lifecrafter - Like another Rhys. Except she makes big things. Do note that for some reason WOTC made her make fixed size guys so they are equal to the number of creatures you have WHEN YOU MAKE IT. I played this wrong for a few rounds in the prerelease.

Shanna, Sisay's Legacy - Hexproof lass with P/T equal to the number of creatures you control for 2 mana.

Throne of the God-Pharaoh - A good way to kill everyone at once without attacking.

Song of Freyalise - Lets our guys tap for mana for a few turns before then buffing them for a turn.

Thousand-Year Elixir - This is great for us as it effectively gives Rhys haste and can let you activate him twice in a turn.

Triumph of the Hordes - Kill everyone without them expecting it?