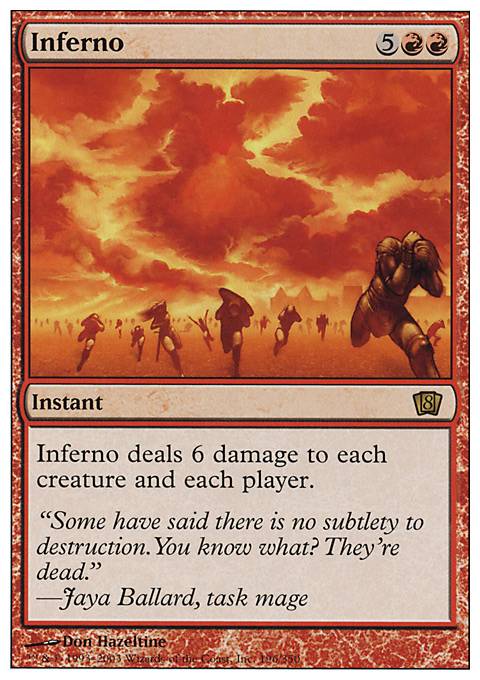 Inferno deals 6 damage to each creature and each player.

swarm out with your myr out (prototype)
by ra1nbowaxe

Everyone has a bash with Obosh
by Bocajtioneb 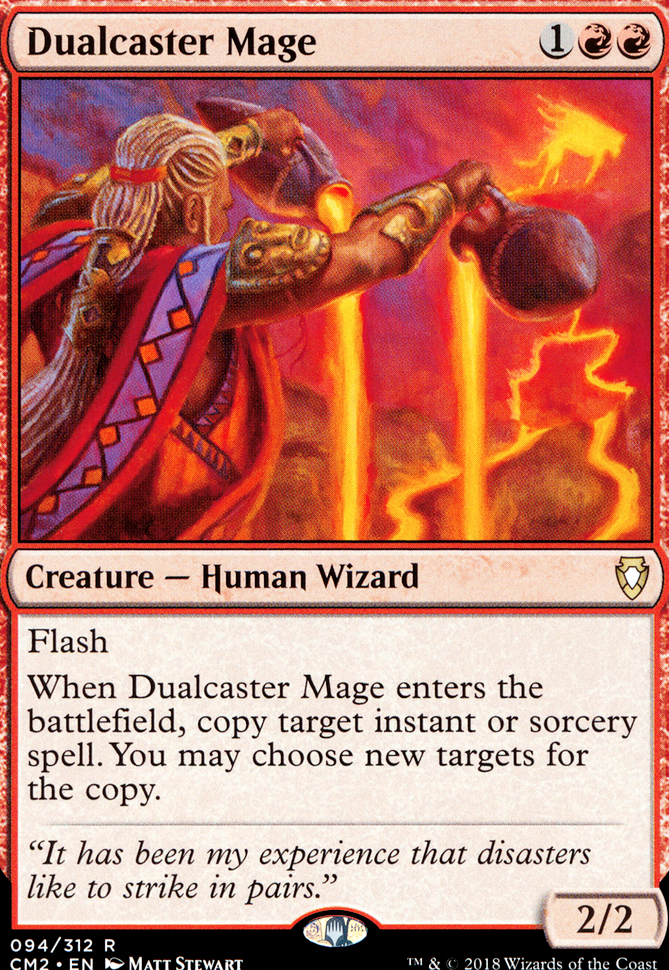 SynergyBuild, forgive the triple post, but I cannot edit my posts, and Inferno is an instant, compared with Rolling Earthquake, which is a sorcery, a fact that very frequently may make a significant difference.

Torbran and the Burning Flames of Fire

Hey, cool deck! Some suggestions off the top of my head (most likely will come down to personal preference):

Inferno reckless and lots of damage

Rain of Embers cheap and effective

Balefire Dragon 7cmc but can do work. Very one-sided

Pyromancer's Goggles for some added copying!

I realize you already have Furnace of Rath and Dictate of the Twin Gods but Gratuitous Violence seems like it would help you more instead of Quest for Pure Flame . Pure flame is cheaper cmc but I donât see it being as effective.

Hope some of those help! +1

No problem austintayshus! It's a fun idea definitely! Let me know how your deck list turns out and feel free to ask for any help!

Since you don't have access to the white board wipes there are other alternatives like Evacuation , Pestilence , Hellfire , Pyroclasm , Starstorm , Pyrohemia , Magmaquake , Inferno , and Earthquake .

So I had played your list a few times prior to GRN and it didn't go as expected. I noticed a terrible lack of card advantage being an issue. Dawn of hope is the obvious addition for the deck, but I think also adding Treasure Map  Flip and Sunset Pyramid will help a lot. Idyllic Tutor also seems like a good idea to get dawn of hope more consistently. Somethings ive been meaning to test out. I think I also want to see more big red board wipes. I personally am a fan of Inferno cause its both solid, and no one ever sees it coming.