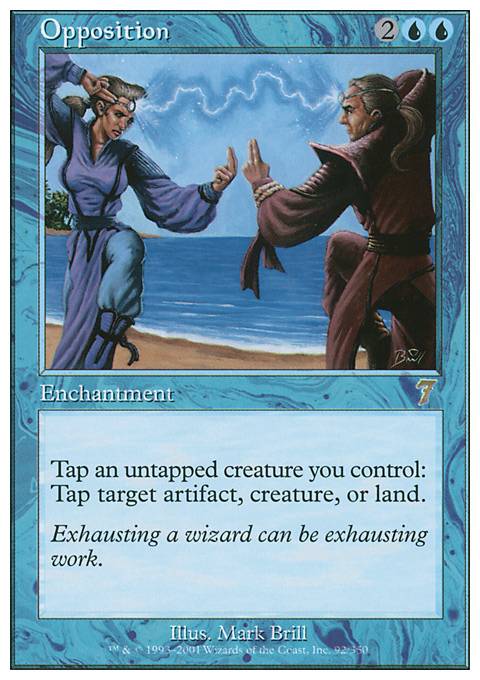 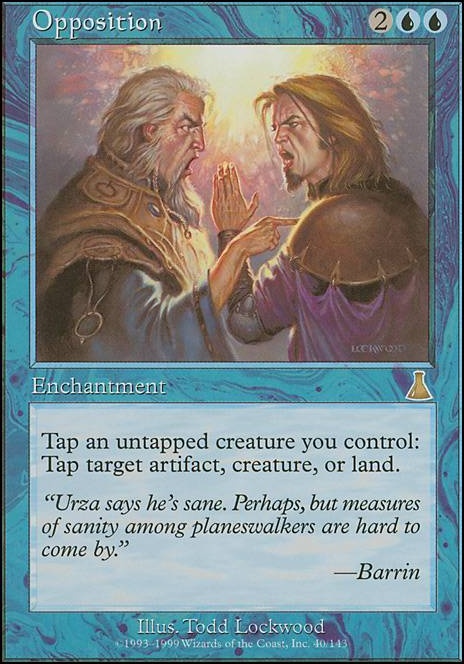 Mr. Turtle is my FATHER
by Vessiliana

berryjon What do you mean? They've printed some great Kavu this year: Realmwalker , Masked Vandal ....

My plan is to use Kumena to distract my opponents from the reality that this is a mono-U Opposition prison deck.

Hereâs a list of cards I would strongly consider adding: